Half fare for students in all metropolitan cities 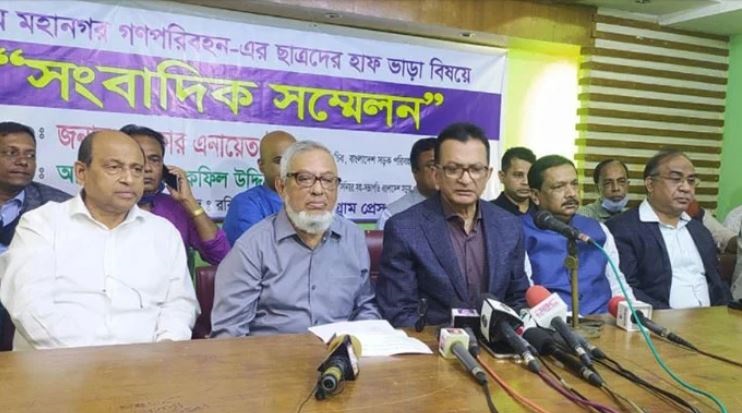 After Dhaka, bus owners have decided half fare for students in public buses in all metropolitan cities, including Chattogram.

The decision of Chattogram will be effective from December 11.

Bangladesh Road Transport Owners Association’s secretary general Khondkar Enayet Ullah announced it in a press conference at 11am on Sunday.

The conference was held at Jatiya Press Club.

“The students have been on road demanding half fare on buses for the last few days. Considering the situation, the half fare service has already been launched in all public buses in the capital. Besides Dhaka, the half pass service will be effective in Chattogram from Saturday (December 11),” Khondkar Enayet Ullah said.

Apart from this, the 50 per cent fare will be effective at the same time in all metropolitan cities.