Foreign Ministry summons US envoy over sanctions on RAB officials 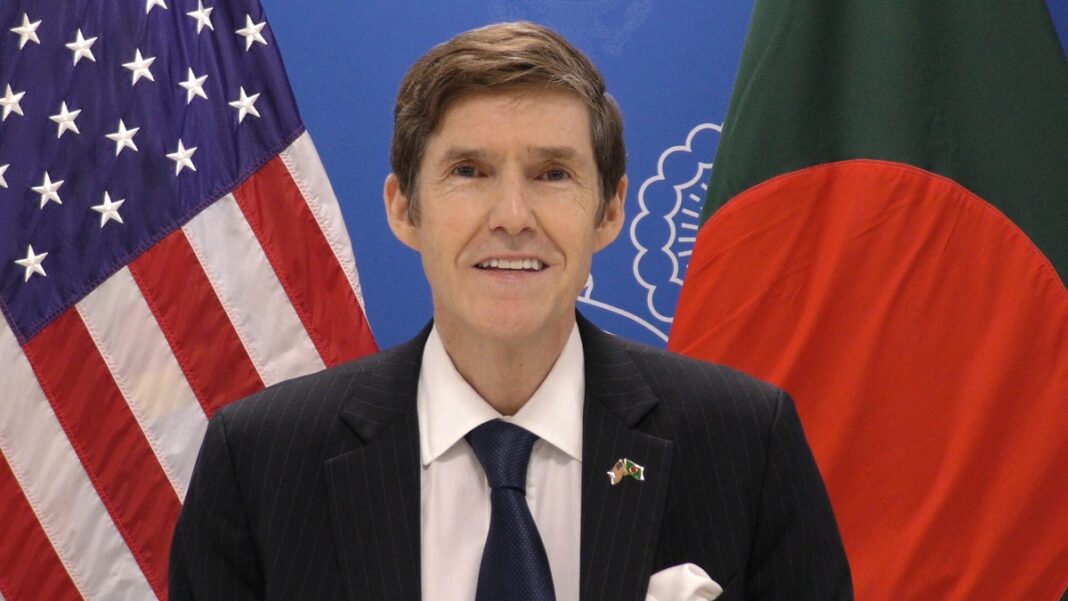 “Foreign Minister Momen expressed Bangladesh’s disappointment that the decision was taken unilaterally by the US Administration without any prior consultation with the Government of Bangladesh” as the US envoy reached his office, a foreign ministry statement said.

The foreign secretary, it said, pointed out that the US decision came without any prior intimation while the issues that were cited for imposing the “designated sanctions” remained under active discussions, including under the framework of the regular institutional dialogues between the two sides.

He flagged that human rights violations and abuses were reported to be committed by wayward elements within the law enforcement agencies in many countries, including in the United States, but that would not justify singling out the high officials of any law enforcement agency for targeted sanctions.

Momen regretted that the US decided to “undermine” a Bangladesh government agency that had been on the forefront of combating terrorism, drug trafficking and other heinous transnational crimes “that were considered to be shared priorities with successive US administrations”.

Moreover, he said, the allegations made against RAB over certain specific incidents had been explained, along with information on the corresponding justice and accountability measures undertaken, to “not just to the US Administration but also to a number of UN human rights mechanisms on multiple occasions”.

Momen stated that the US decision appeared to have been based more on unverified or unsubstantiated allegations of command responsibility than on the facts involved in connection with certain specific incidents that had taken place at the local level.

The Foreign Secretary further regretted that the decision targeting the Bangladesh officials was made in tandem with those concerning certain countries that stand alleged to have committed serious international crimes, like ‘text book example of ethnic cleansing’, by the UN and other concerned international bodies.

He said Bangladesh government remained committed to upholding the rule of law and human rights, and maintained a “zero tolerance” approach to any wrongdoings or aberrations by its law enforcement agencies.

“All uniformed services in Bangladesh followed a set of legal and administrative procedures to address any allegation of wrongdoing against any of their members, and that RAB was no exception in this regard,” the statement quoted Momen as telling the envoy.

The foreign secretary underscored the need for pursuing the pathway of dialogue, engagement and collaboration, instead of resorting to “naming and shaming” that proved to be a self-defeating exercise.

He highlighted that the observance of the 50th anniversary of the diplomatic relations between the two friendly countries next year should open up further avenues to enhance the breadth and dimensions of the existing partnership.

The statement said the US ambassador took note of the Bangladesh concerns raised by the Bangladesh and assured of conveying the same to Washington DC.

“He (Miller) concurred that the excellent multifaceted relations between two countries could be further deepened through established consultation mechanisms and high level visits (and) further expressed the willingness of the US Government to remain closely engaged with the Government of Bangladesh in the coming days on issues of mutual interest,” the statement said.

Later, foreign minister Dr AK Abdul Momen termed the US sanction on RAB officials as “unfortunate” and “not fact based”.

“We expect more solid fact-based mature steps from a progressive country like USA,” he told reporters after attending a programme at the Foreign Service e Academy in the capital.