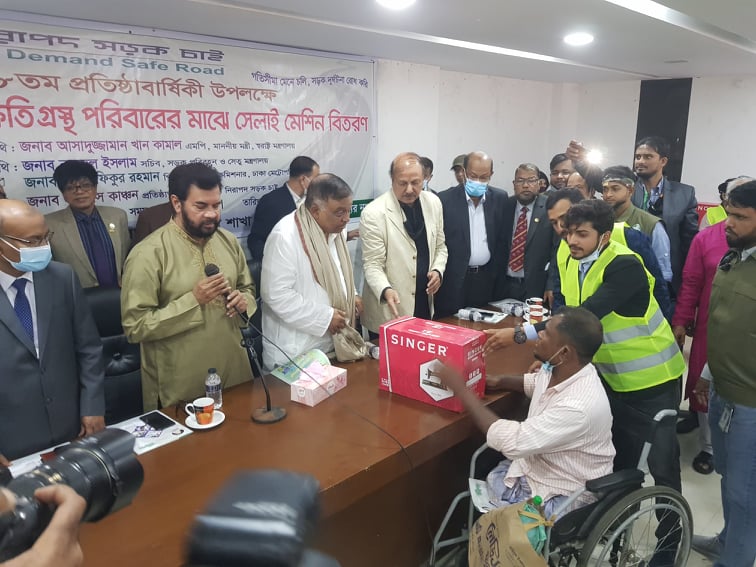 On the anniversary of Nirapad Sarak Chai NISCHA founder and chairman Ilias Kanchan urged to the government for free school education and half fees in public universities for the children of transport drivers and helpers. Their livelihood needs to be improved if we want to ensure road safety. Transport owners abandoned them during the pandemic, but all our branches across the country helped them during Eid. I don’t want to eat if people of this country are hungry. I cant be happy if the people are not happy. Those who say you cant reduce road crashes with law are wrong as without the law you cant also create awareness. 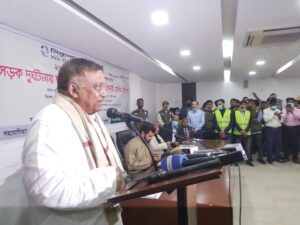 On the other hand, Home Minister Assaduzzaman Khan Kamal said I tis not possible to implement the 111 suggestions to reduce road crashes in the next one or two years. I have been given the responsibility of the taskforce by the Road Transport and Bridges Minister to implement the 11 points, but without a short term, midterm and long term plan it wont be possible.

He said this while attending the 28th anniversary of Nirapad Sarak Chai (NISCHA) as Chief guest where sewing machines were distributed among road crash victim families on Saturday 11.00AM at the National Press Club. NISCHA chairman Ilias Kanchan presided over the program. 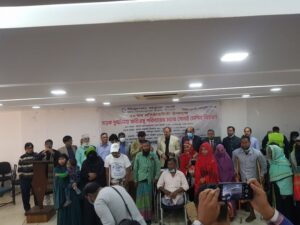 Ilias Kanchan said every year we observe our anniversary by providing support or assistance to road crash victims and their families through money saved on piggy banks by our executive committee members to help them regain their livelihood. In our past anniversaries we have provided financial assistance, prosthetic limbs and candle making machines to road crash victims and their families. This year we are providing sewing machines to 50 victim families whose livelihood has been affected due to a road crash to commemorate the 50 years of our independence. 50 more sewing machines will be provided to victim families by our branches.

The sewing machines were distributed by Home Minister Asaduzzaman Khan Kamal to the victim families most of which were family members of deceased transport drivers or families who lost their limbs due to a road crash.