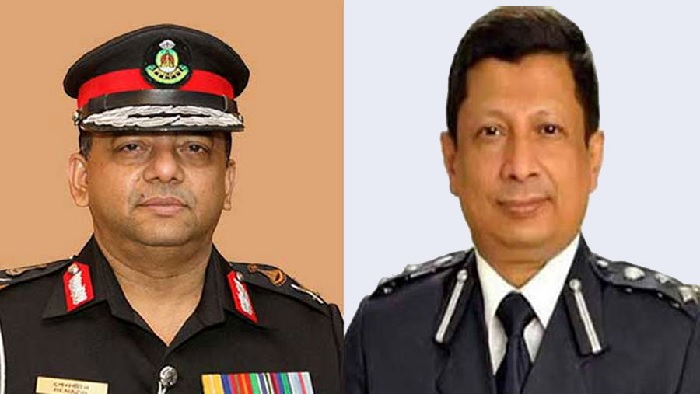 The United States on Friday announced the Inspector General of Police of Bangladesh Benazir Ahmed is ineligible to enter the US, alleging that he was involved ‘in gross violations of human rights’ during his tenure as the Rapid Action Battalion (RAB) Director General.

“Today, the U.S. Department of State has announced visa restrictions under Section 7031(c) of the FY 2021 Department of State, Foreign Operations, and Related Programs Appropriations Act on Benazir Ahmed due to his involvement in gross violations of human rights, making him ineligible for entry into the United States,” said a press release of the US Department of the Treasury, uploaded in its website.

The press release named a total of six present and former officials of RAB for their involvement in serious human rights abuse during their tenure.

“Widespread allegations of serious human rights abuse in Bangladesh by the Rapid Action Battalion (RAB)—as part of the Bangladeshi government’s war on drugs—threaten U.S. national security interests by undermining the rule of law and respect for human rights and fundamental freedoms, and the economic prosperity of the people of Bangladesh,’ the release said.

“RAB is a joint task force founded in 2004 and composed of members of the police, army, navy, air force, and border guards seconded to the RAB from their respective units. Its mandate includes internal security, intelligence gathering related to criminal activities, and government-directed investigations. NGOs have alleged that RAB and other Bangladeshi law enforcement are responsible for more than 600 disappearances since 2009, nearly 600 extrajudicial killings since 2018, and torture. Some reports suggest these incidents target opposition party members, journalists, and human rights activists,” it said.

“RAB is designated pursuant to E.O. 13818 for being a foreign entity that is responsible for or complicit in, or has directly or indirectly engaged in, serious human rights abuse,” the release said.