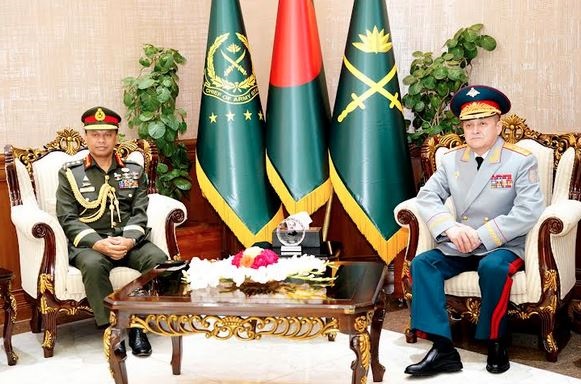 After exchanging greetings, the Chief of Army Staff recalled the great war of independence of Bangladesh and the contribution of friendly countries India and Russia in the aftermath of the war and expressed his sincere gratitude. 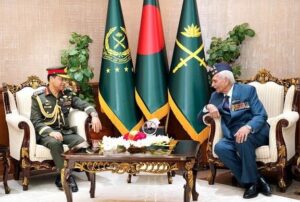 Former Indian Army officers who took part in the great liberation war of Bangladesh reminisced passionately and reiterated their gratitude for the reception and honor.

Both the delegations laid wreaths at Shikha Anirban in Dhaka Cantonment yesterday (Tuesday).

The Indian and Russian delegations arrived in Dhaka on 13 and 14 December 2021 respectively for a state visit to participate in various programs on the occasion of the Golden Jubilee of Bangladesh Independence Day, including the Great Victory Day Parade 2021.

During the visit, the delegation will visit the Sylhet Cantonment of the two armies and the para-dropping site at Tangail during the Great Liberation War, as well as the Liberation War Museum and the Bangabandhu Memorial Museum. At the end of the tour, they will return to their respective countries on 16 and 19 December 2021.