US shows positivity to continue dialogue over sanctions: Momen 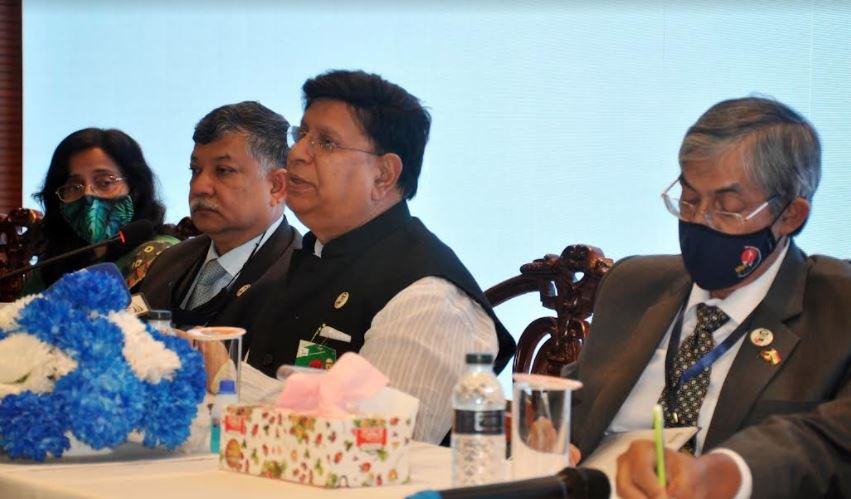 “We will discuss. He (Blinken) told me, – next spring, I (Blinken) hope you will be in Washington (to discuss),” he told reporters regarding his last evening’s telephonic conversation with US Secretary of State Antony Blinken, at a press briefing at Foreign Service Academy in the capital.

The foreign minister said that the US secretary of state had made the telephone call to discuss about the sanctions issue and he liked the positive tone Blinken spoke in.

“He was very positive. I like the ways he responded,” Dr Momen said.

The foreign minister said Blinken told him that Bangladesh and the US have lots of scopes to work together on issues including climate change, democracy, human rights and peace keeping.

“I said – you could consult us (before imposing the sanctions) as we have several ongoing dialogues with you,” Momen said, adding that in reply Blinken said, “You (Momen) can also call me, feel free to call me (Blinken).”

The foreign minister said that he told Blinken that Bangladeshis didn’t like the US decision on imposing the sanction. “I shared the spirit of the country’s people,” Momen said.

The foreign minister said he told his US counterpart that Bangladesh people didn’t like the move as Dhaka has a very trusted friendship of 50 years with Washington.

“We resolved all issues with our neighbours through discussion. So, we expect that you (US) would inform us before taking any decision,” Momen said.

Noting that RAB is disciplined and free from corruption, Dr Momen told Blinken that no terrorist attacks took place in Bangladesh after the Holey Artisan incident due to RAB’s efficiency in curbing terrorism and people here have confidence in this elite force.

He said RAB played an effective role in preventing terrorism, drug trafficking and human trafficking in Bangladesh while the US has global initiatives over these issues. “So, I told him, it was unfortunate that the US imposed sanction on RAB,” Momen said.

The foreign minister said he didn’t directly appeal to withdraw the sanction within a date, but the discussion is all about resolving the issue.

“We have a good rapport, I would say,” he said, adding that this sanction was imposed because of US Congress.

After the telephone conversation, the US Department of State spokesperson Ned Price said the US Secretary of State and Bangladesh foreign minister agreed to strengthen bilateral cooperation.

“The Secretary reaffirmed our long-standing partnership with Bangladesh on development, economic growth, and security,” Price said.

On Friday last, the US Departments of Treasury and of Department of State imposed human rights-related sanctions on RAB and seven current and former top officials of the elite force, including incumbent inspector general of police Benazir Ahmed, who previously commanded the elite force as its director-general.

The next day, on Saturday, Foreign Secretary Masud Bin Momen expressed Dhaka’s discontent over the US sanctions summoning its ambassador Earl Miller to his office.