Terrorist activity decreased in Bangladesh in 2020: US report 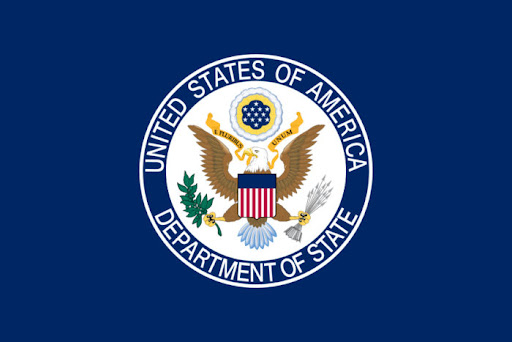 The Unites States (US) 2020 Country Reports on Terrorism (CRT) has found that Bangladesh experienced a decrease in terrorist activity in 2020, accompanied by an increase in terrorism-related investigations and arrests.

“The Bangladesh government continued to articulate a zero-tolerance policy toward terrorism and the use of its territory as a terrorist safe haven,” said the report issued by US State Department on Thursday.

It said, in January, the Bangladesh government’s new national Antiterrorism Unit began standing up operations, to eventually assume a role as a lead counterterrorism agency.

In 2020, the report said, there were three specific terrorist incidents in Bangladesh, resulting in no deaths.

The State Department said Bangladesh cooperated with the US to strengthen control of its borders and ports of entry.

Bangladesh actively shared law enforcement information with INTERPOL but does not have a dedicated terrorist Alert List, it added.

However, the CRT said, the United States and Bangladesh continue to work on building Bangladesh’s technical capacity to develop a national-level Alert List of known or suspected terrorists.?

The international community remains concerned about security procedures at Dhaka’s?Hazrat?Shahjalal International Airport though the US -trained explosive detection K9 teams remain available to patrol Dhaka’s international airport but are not a permanent presence.??

Bangladesh participated in a national-level workshop administered by the United Nations Office on Drugs and Crime’s (UNODC’s) Terrorism Prevention Branch to help strengthen implementation of these and other obligations to detect and prevent terrorist travel established in August under UNSCR 2396 .

“Elements of the Bangladesh Police continued a campaign of arrests and raids against suspected militants,” said the report.

However, the report said ongoing deficits in Bangladesh’s judicial system, magnified by the constraints of operating during a global pandemic, contribute to a decade-long backlog of terrorism cases and a conviction rate estimated at less than 15 percent.??

The Ministry of Religious Affairs and the National Committee on Militancy, Resistance, and Prevention worked with imams and religious scholars to build public awareness about terrorism.

The report mentioned that throughout 2020 the Counter Terrorism and Transnational Crime Unit (CTTCU) and the Rapid Action Battalion established “deradicalization and rehabilitation programs,” in addition to conducting community policing efforts and investigations and arrests of suspected foreign terrorist fighters.

The police engaged religious leaders to counter terrorist propaganda with scripture-based messages and engaged imams to speak to surrendered militants with their own messaging to explain that the Quran does not support terrorist violence.

The Bangladeshi cities of Dhaka North, Dhaka South, and Narayanganj are members of the Strong Cities Network.

Regarding the report US Secretary of State Antony J. Blinken said, each year, the CRT provides insight on important issues in the fight against terrorism and helps the US make informed decisions about policies, programs, and resource allocations as “we seek to build counterterrorism capacity and resilience around the globe”.