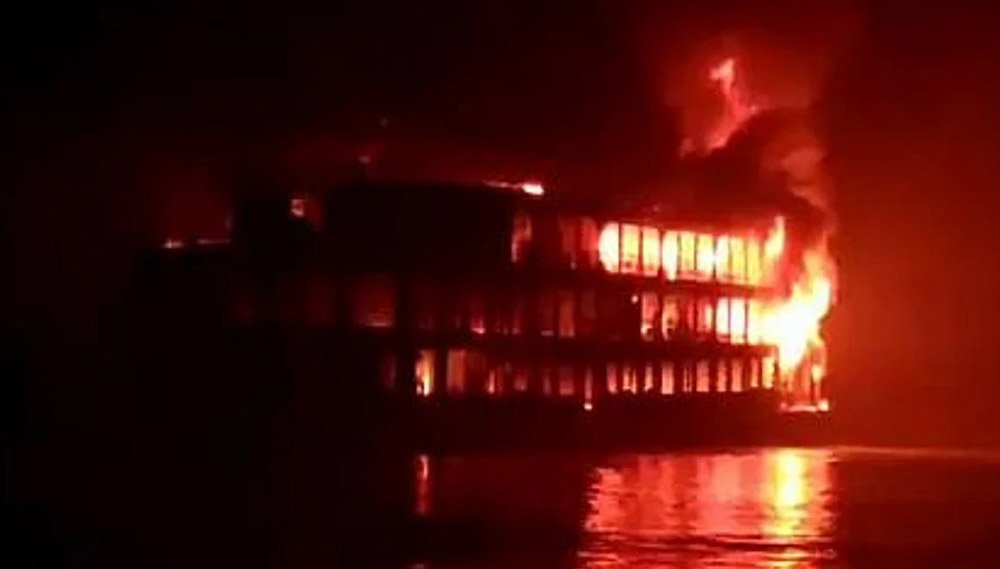 At least 39 people were killed and more than 70 sustained burn injuries when a passenger launch caught fire in the Sugandha river in Jhalakathi in the early hours of today.

A total of 39 bodies of passengers have been recovered so far, while over 70 people sustained burn injuries in the fire incident, police said.

Rescue operation was being carried out till filling the report.

Earlier in the morning, Jhalakathi Deputy Commissioner (DC) Johar Ali told BSS that the bodies of 30 passengers were recovered from the spot.

Police and Fire Service and Civil Defense sources said the Barguna-bound launch ‘MV Ovijan 10’, with over 300 passengers onboard, started its journey from Dhaka while it caught fire around 3 am in the Dapdapiya area of the Sugandha river in Jhalakathi.

Deputy Director of Fire Service Kamal Uddin said it was suspected that the fire originated from an engine room of the launch when passengers of its cabins were sleeping.

He said the launch was anchored at the riverbank in Diakul area of Sadar upazila and on information, the fire service personnel of Jhalakathi went to the spot and brought the fire under control after two-hour efforts.

The injured passengers were rescued and sent to Jhalakathi Sadar Hospital and Sher-e-Bangla Medical College Hospital in Barishal for treatment, police said.

District administration and police officials are assisting with the fire service in conducting rescue operation.

Police said the death toll may rise in the fire incident.