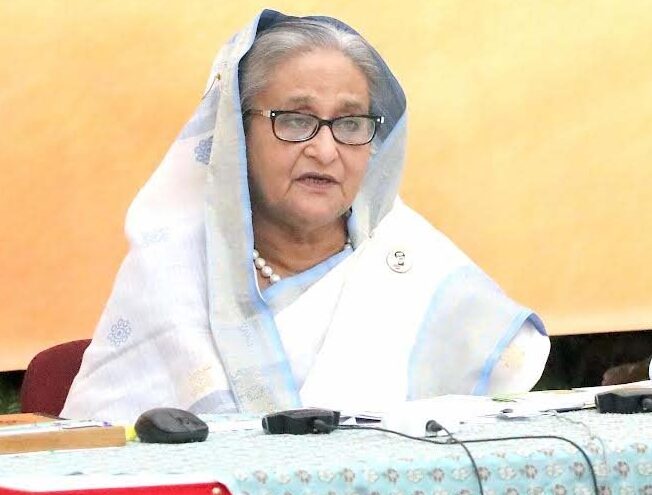 Prime Minister Sheikh Hasina arrived in Dhaka on Monday afternoon wrapping up her maiden six-day bilateral visit to the Maldives.

The prime minister reached Maldives on December 22 at the invitation of the country’s President Ibrahim Mohamed Solih.

On the second day of her visit on December 23, two MoUs on Recruitment of Qualified Health Professionals and Cooperation in the Areas of Youth and Sports Development and an agreement on the Elimination of Double Taxation with Respect to the Taxes on Income and the Prevention of Tax Evasion and Avoidance were signed.

Apart from this, a Memorandum of Understanding (MoU) on the areas of Healthcare and Medical Sciences was renewed between Bangladesh and Maldives’ health ministries.

Bangladesh also gifted 13 military vehicles to the Maldives as a token of friendship between the two South Asian nations.

A joint communiqué was issued following the bilateral talks and the handing over ceremony of the instruments.

The prime minister addressed the Maldives parliament on December 23 afternoon.

Sheikh Hasina attended a state banquet hosted by the Maldivian President and the country’s First Lady in her honor.

On December 24, she joined a virtual community reception accorded by the Bangladeshi expatriates in Male