One day, Bangladesh will manufacture its own aircraft: PM 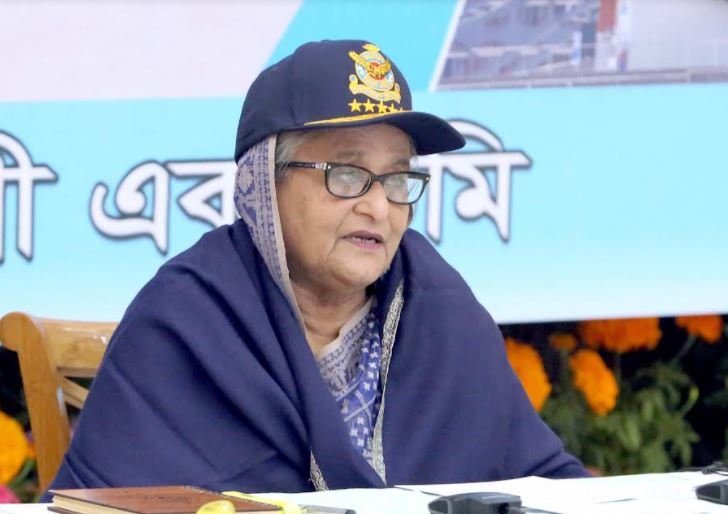 PPrime Minister Sheikh Hasina on Thursday hoped that Bangladesh will one day be able to produce aircraft and helicopters as the government wants to launch training and research for engineers in this regard.

“InshaAllah, one day we’ll be able to produce aircraft, helicopters and warplanes in our country through research. I do believe it. We want to impart training and conduct research accordingly from now,” she said while addressing the President Parade (Winter)-2021 of Bangladesh Air Force, reports UNB.

The Prime Minister virtually joined the parade held at Bangladesh Air Force Academy in Jashore from her official residence Ganobhaban.

The present government established Bangabandhu Sheikh Mujibur Rahman Aviation and Aerospace University in Lalmonirhat with an aim to modernise aerospace research, development of the Air Force and the civil aviation sector, she said.

“We put the utmost importance to aerospace research,” the Prime Minister insisted.

She highlighted Awami League government’s measures to modernise the Bangladesh Air Force particularly in the last 13 years after assuming power in 2009.

Hasina said the Air Defence Notification Centre has recently been launched with the name of ‘Air Defence Identification Area’ over the airspace of Bangladesh, which is playing a vital role in the air defence and security management of the country.

In the context of building ‘Digital Bangladesh,’ a certified tier-III data centre was procured for the Bangladesh Air Force and its installation work is underway now, she said.

“With this data centre, it’ll be possible to perform various activities of the Air Force digitally instead of the traditional method,” said the Prime Minister.

Hasina said Bangladesh is now preparing to procure Bangabandhu Satellite-2 in the future.

“Besides, the Air Force will soon have a variety of sophisticated planes, high-powered air defense radars and simulators, ATS simulators, laser-guided bombs and anti-ship missiles. With the addition of the new equipment, I believe that the defense capability of the Air Force will be greatly enhanced,” she added.