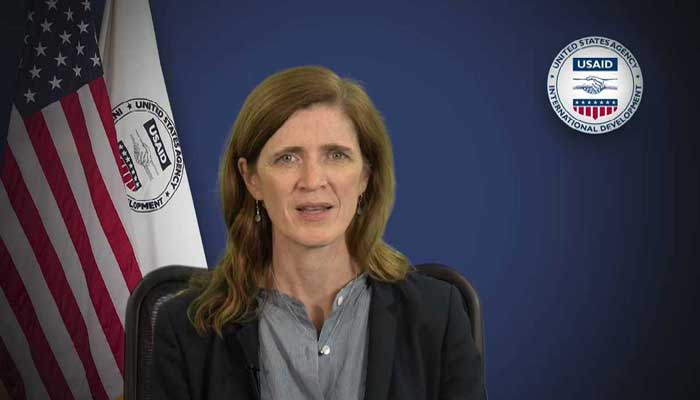 Bangladesh’s gains have not been easy, and building on them will require a continued commitment to democracy and human rights against the backdrop of the pandemic and the refugee crisis at the country’s doorstep, United States Agency for International Development (USAID) Administrator Samantha Power says.

Samantha Power, who enjoys the rank of a cabinet minister in the US administration of President Joe Biden, made the call in a video message while congratulating Bangladesh for its upcoming graduation from the United Nations’ list of least developed countries, reports UNB.

While reaffirming the US’ support and commitment to Bangladesh, Samantha said, “The resilience and generosity of your people will carry you from this milestone to the next.”

US Ambassador to Bangladesh Earl Miller shared the video on Twitter Sunday.

Samantha described the US as Bangladesh’s partner in the country’s efforts to improve the lives of the people and unlock opportunities for growth since independence 50 years ago.

Crediting Bangladesh’s gains to the efforts made in meeting the needs of the deprived section of the people, she said the two countries invested in lifting farmers from poverty, economically empowering women, and securing the health and safety of Bangladesh’s people.

This work has paid dividends – rice production has tripled since independence; newborn mortality has been slashed by two-thirds since 1990 and the national poverty rate cut into half in the last 20 years, Samantha said.