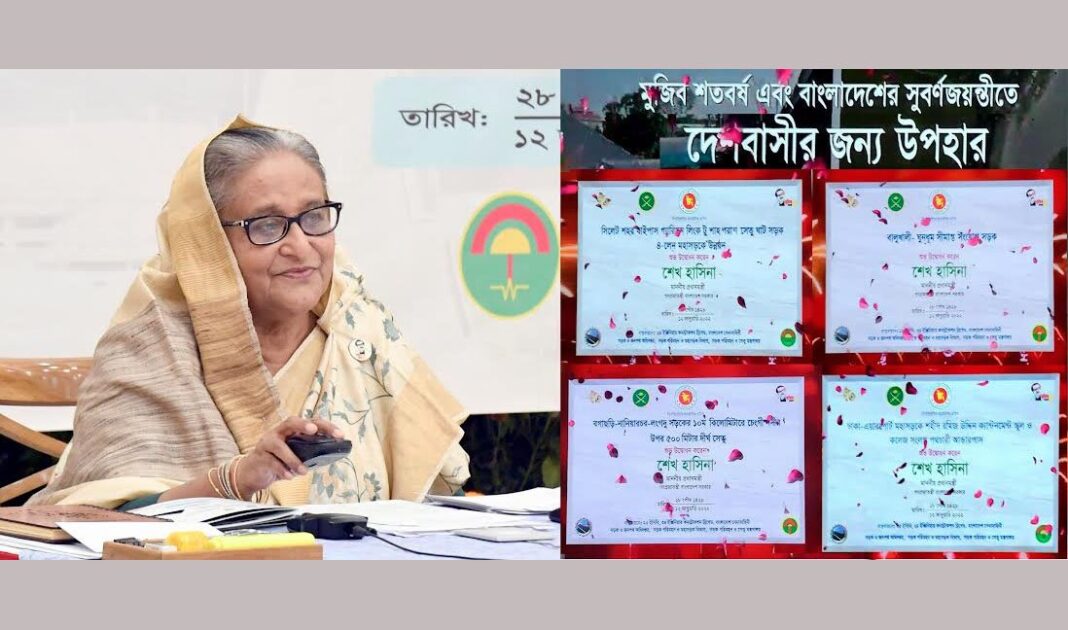 The Prime Minister had pledged to construct the underpass, four days after Diya Khanam Mim and Abdul Karim Rajib, first-year students of the college, were killed as a bus ploughed into some students in front of Kurmitola General Hospital on Airport Road in the capital on July 29, 2018.

Hasina laid the foundation of the underpass on August 12, 2018. On August 4 in that year, she provided five buses for the students of the college after the family members of the two students and the principal of the college met her on August 2.

Public representatives, government officials, army officers and other people concerned were connected with the inauguration event from three other places –the underpass area in Dhaka, Naniarchar and Sylhet Cantonment.