Army chief vows to bridge gap between military and media 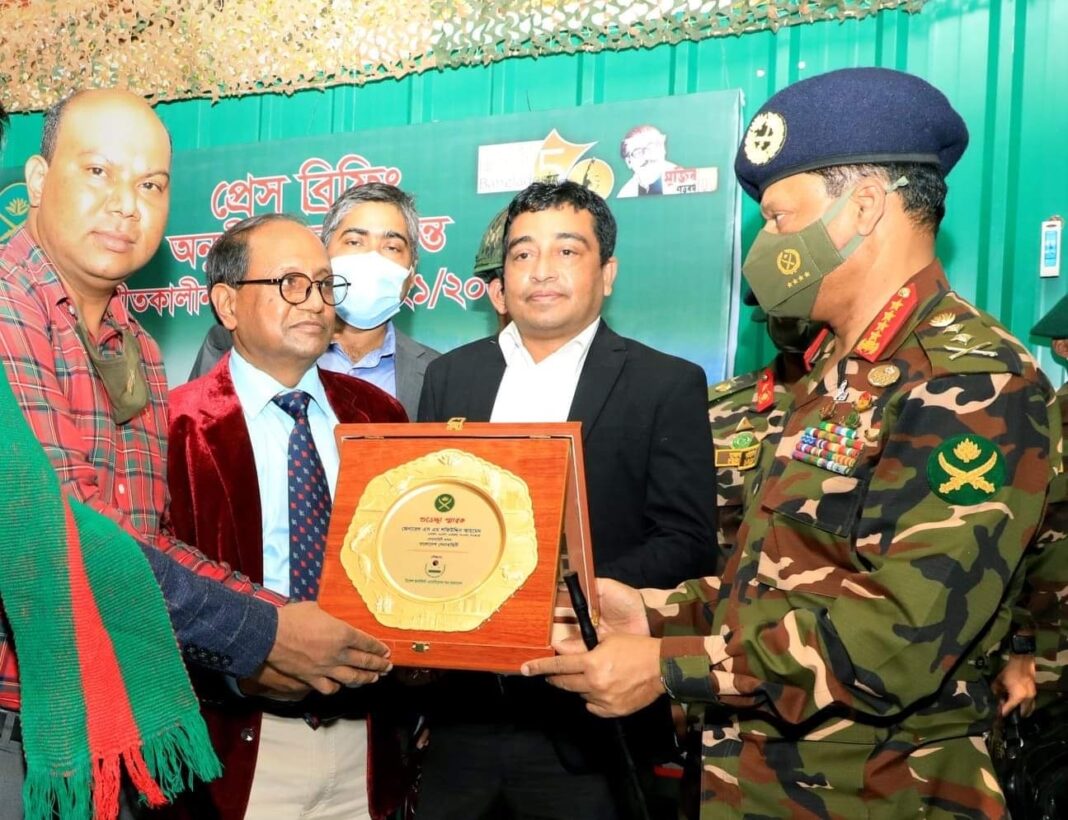 Bangladesh Army chief General SM Shafiuddin Ahmed has vowed to bridge the gap between the military and the media.

“After taking charge as the Army Chief, I told the Prime Minister that there should be no gap between the Army and the public or the media. I feel we can all work together,” he told defense journalists last week.

“Media management is actually part of the Army training,” he said during an interaction with members of the Defense Journalists Association of Bangladesh (DJAB) on the sidelines of the Army’s winter exercise in Savar.

Blaming the media for sometimes creating a rift by putting out “embarassing” news about the Army, the General said, “We will help each other.”

A media cell is already there at the Army headquarters and it will work with the defence journalists, he said. “The Army is prepared to perform any duties as per the directives of the government.”

The official briefing and exchange of views was held at the media center of the Army Command Field Command Post, which was specially set up under the ground at the military farm in Savar.

The briefing was given by Brigadier General Mamun-ur-Rashid, the director of the Directorate General of Military Intelligence, Army Headquarter.

On the exercise, Mamun Ur Rashid said, “Our motto is ‘hard training, easy war’.”