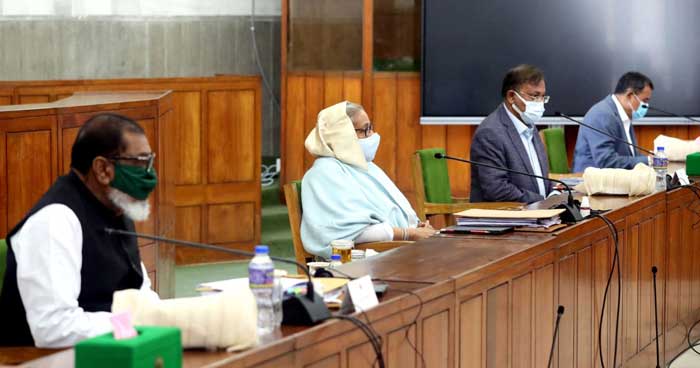 The approval came from the Cabinet meeting held at the Cabinet Room of the Jatiya Sangsad with Prime Minister Sheikh Hasina in the chair.

As per the proposed law, a search committee will be formed taking approval from the President over the constitution of the Election Commission, he said.

“The search committee will recommend the names of suitable candidates before the President to appoint the CEC and other election commissioners,” he said.

The move came just one month before the expiry of five-year tenure of incumbent Election Commission, led by CEC KM Nurul Huda, as it is going to fulfill its five years in office in mid-February.

Though the Constitution suggests the appointment of the CEC and other election commissioners under a law, the law was not formulated in the past.

In the past, the President appointed the CEC and commissioners in absence of the law.

The last two election commissions, headed by Kazi Rakibuddin Ahmed and KM Nurul Huda, were constituted through search committees formed by the President following his dialogues with political parties.

The President picked the CEC and four election commissioners in 2012 and 2017 from the names suggested by the search committee.

This time, President Abdul Hamid also started a dialogue with registered political parties on December 20 last to discuss the issues related to the constitution of the Election Commission ahead of the 12th general election to be held at the end of 2023 or the early 2024.