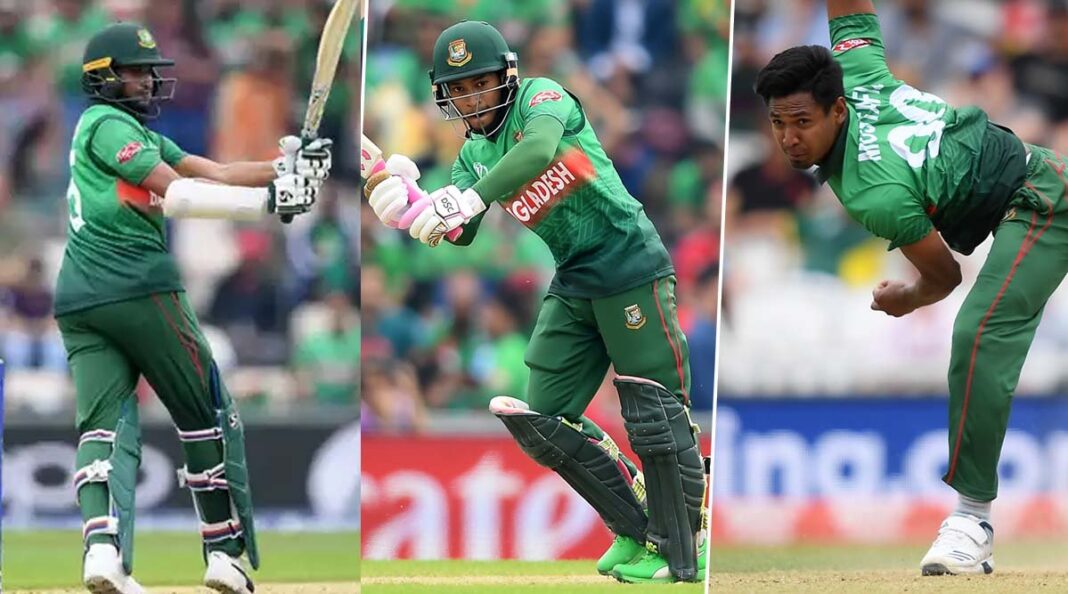 Even though Bangladesh had a poor 2021, in ODI cricket, they were as usually at their best and it reflected in the ICC Men’s ODI team of the year.

The ICC Team of the Year recognised 11 outstanding individuals who have impressed one and all – be it with the bat, the ball or their all-round exploits in a calendar year.

A total of three Bangladeshi players, the highest from any country, made their way to the ICC ODI team of the year.

Ace allrounder Shakib Al Hasan, Mushfiqur Rahim and pace bowler Mustafizur Rahman were the three Bangladeshi players who made it in the team, led by Pakistan captain Babar Azam.

No player from New Zealand, Australia, India and West Indies could find their place in the ICC ODI team of the year as they played less number of ODI matches in another Covid-19 affected year.

About Shakib, ICC Wrote: “Another year, another Shakib Al Hasan masterclass. The veteran all-rounder continued to showcase his class for Bangladesh in the 50-over format in 2021. In nine matches, he managed to
score 277 runs at an average of 39.57 with two half-centuries. He also scalped up 17 wickets at an average of 17.52. He was in full flight in his return to international cricket in the series against West Indies at home, where he was adjudged the Player of the Series for his efforts.”

“Mushfiqur too continued to be a solid contributor to Bangladesh’s cause in the year 2021. Playing 9 matches, he aggregated 407 runs at an average of 58.14 with one century. Typically busy at the crease, Mushfiqur ran hard to
accumulate his runs while playing some glorious shots in between,” ICC clarified Mushfiqur Rahim’s inclusion in the team.

“The Bangladesh left-arm seamer again ruled the roost in ODI cricket in 2021 with his clever variations and change of pace. Lethal up front and at the death, he scalped 18 wickets in 10 matches at an average of 21.55. He
also proved tough for the batters to get away as proven by his economy of 5.03,” the ICC statement said.

ICC ODI Team of the year