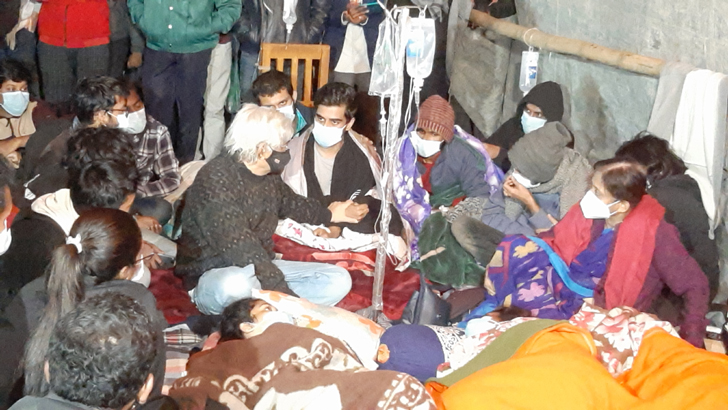 A group of students of Shahjalal University of Science and Technology (SUST), who are on hunger strike from last Wednesday, are going to end their strike at the request of the university’s former teacher and famous writer Dr Muhammad Zafar Iqbal.

Muhammad Zafar Iqbal and his wife Yasmeen Haque, also a former professor of the same university, went to SUST around 4am on Wednesday to meet the students.

The couple talked with them and heard the whole incident.

Zafar Iqbal said the protesters, “I have already discussed the issue with a top level representative team of the government at my house. They have assured me to fulfill your demands. Those who have been arrested for aiding you will also be released.”

On January 16, the agitators confined the VC in a room of IICT building.

Police, however, went to the spot to rescue the VC and locked into a clash with the students that left some students injured.

A case was filed by police the same day accusing 300 unnamed students.

After that, the students have continued their movement at the campus.