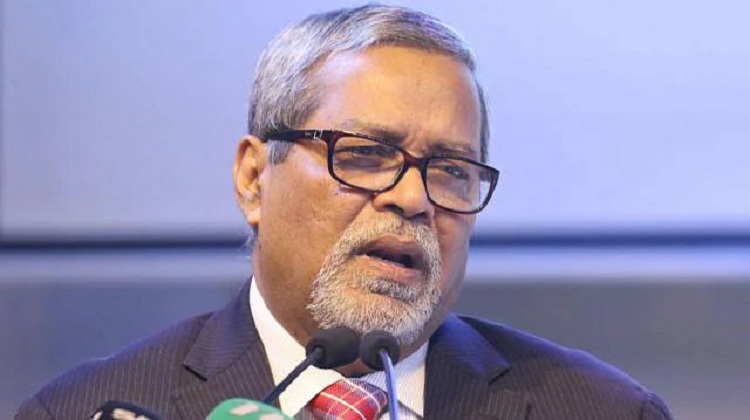 It was passed by voice vote after Law Minister Anisul Huq moved the Bill.

Earlier on January 23, the Law Minister placed the bill in the House.

The president of Parliamentary Standing Committee on Ministry of Law, Justice and Parliamentary Affairs, Shahiduzzaman Sarkar brought the bill in the House on Wednesday with two amendment recommendations.

The President will now sign the bill and Bangladesh will get its first law on appointing the chief election commissioner and commissioners.

The tenure of the incumbent KM Nurul Huda led election commission will expire on February 14.

BSS adds: Placing the bill, the law minister said the bill has been proposed to form a six-member search committee for recommending the names of qualified persons who will be eligible for appointment of the CEC and ECs under the commission.

Before enacting the law, opposition Jatiya Party and lawmakers of other political parties like BNP, Gonoforum demanded seeking public review and the amendment of the constitution.

But, later the proposals for seeking public review by the opposition lawmakers were rejected through voice votes by the treasury bench lawmakers.

Discussing elaborately about the draft law, Huq said the enacting of the law will not by pass the article 48 of the constitution as the law has not imposed any obligation on the president to discuss others on giving his nomination for the search committee.

Talking about caretaker government provision, he said the Supreme Court and the High Court has also declared the caretaker system illegal, but the BNP has no respect to the court verdict.

BNP had done this for wining in the elections unilaterally, said the law minister explaining the justification of enacting the law.

He said that transparency and neutrality of the search committee had been ensured in the proposed law.

He claimed that the proposed law was much better than relevant laws in Australia, New Zealand, South Africa, Germany, Nepal, Bhutan and many other countries.

The law has been enacted to form a transparent and powerful commission in line with the example of the parliamentary democracy, the minister added.

Earlier on January 17, the cabinet approved the draft bill.

The search committee will also have a High Court Division judge, the comptroller and auditor general, the Public Service Commission chairman and two eminent citizens, nominated by the president, as its members to find suitable persons for appointment as CEC and ECs, according to the bill.

The AD judge and the HC judge will be nominated by the chief justice.

The cabinet has approved the draft bill, having a provision for a six-member search committee to find suitable candidates for the CEC and the election commissioners in keeping with Article 118 of the constitution.

The proposed law would have a retrospective effect with the section that all the Election Commissions constituted in the past would be deemed to have been formed under the new law.

The government move came in the wake of demand from major political parties and civil society organisations for the enactment of a law on the formation of the Election Commission as successive governments in the past 50 years of the country’s independence have framed no law for the purpose.

More from this section
Uncategorized

China sends in military to help with Shanghai virus outbreak