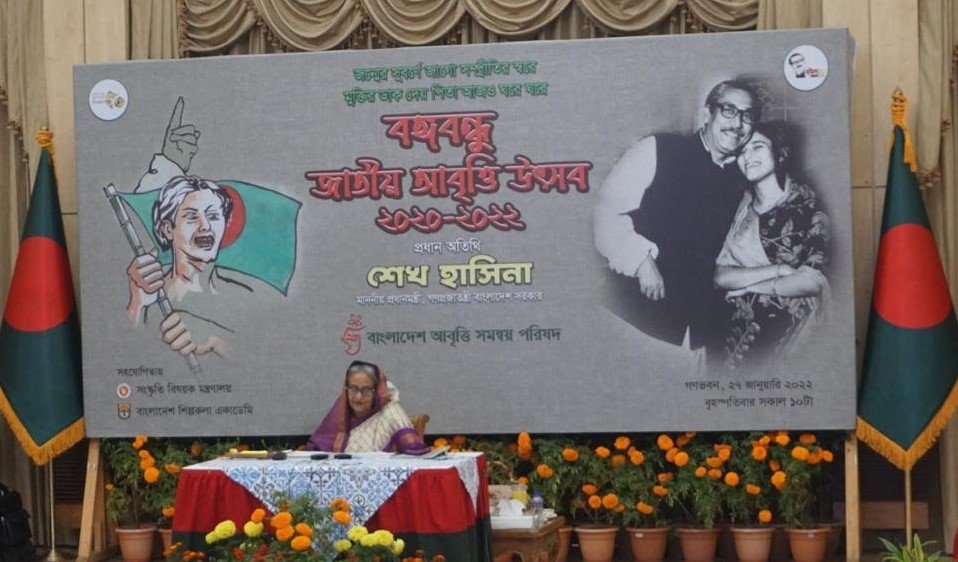 Recalling the significant contributions of cultural activities to every national struggle since the Language Movement, Prime Minister Sheikh Hasina on Thursday said powerful poems are stronger tools to motivate people as those reach their hearts.

“Many untold words are expressed through poems. It shows the paths in many struggles,” she said.

She inaugurated the festival, joining the programme held at Bangladesh Shilpakala Academy here virtually from her official residence Ganobhaban.

Hasina said a poem can motivate people much more than what the words of a politician can do. “It reaches the hearts of people through poems, songs, dramas and cultural practices in a greater way.”

She said the nation witnessed the first blow to its culture and language soon after the emergence of Pakistan and so the struggle for making Bangla as a state language started in 1948.

Mentioning the leading role of Father of the Nation Bangabandhu Sheikh Mujibur Rahman in the Language Movement, she said the great leader, who was then a law student of Dhaka University, protested the attacks on Bangla, formed Chhatra League and Bhasa Songram Parishad taking student leaders and Tamaddun Majlish, and called for the movement.

She said Bangabandhu with many others was jailed during the 11th March strike in 1948.

“Attacks had come down time and again, but Bengali did not sit idle rather protested every time,” said Sheikh Hasina.

She said the language of protest had come out through poems when no political activity could be done after the August 15, 1975 assassination. People were motivated, she said.