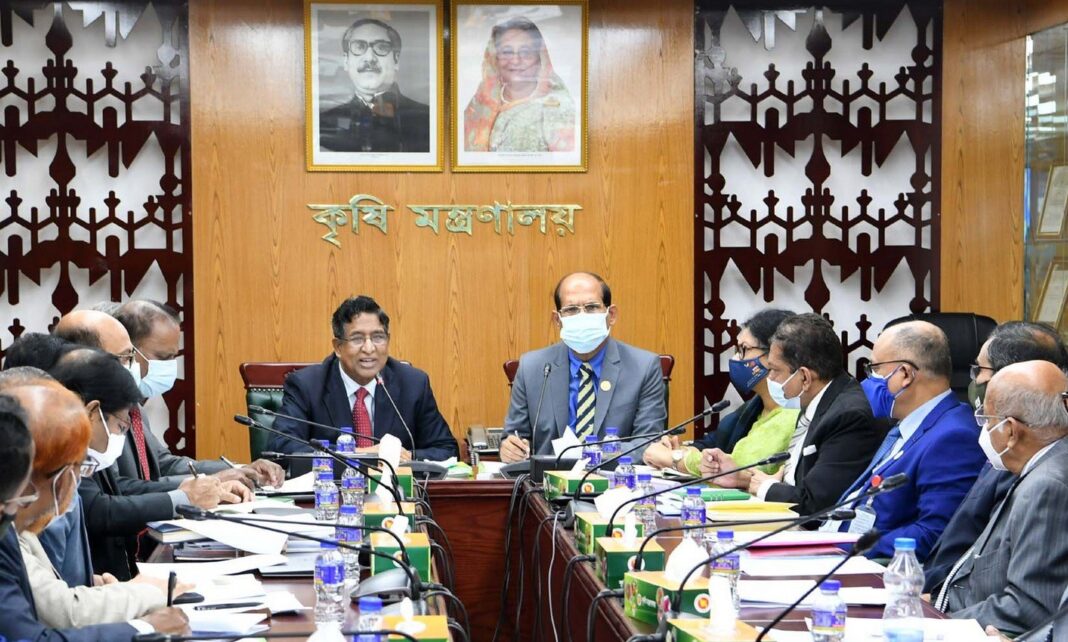 “The government is formulating roadmap for increasing huge rice production within 1-2 years,”he said.

The minister said this while exchanging views with the journalists following a meeting on raising rice production by cultivating hi-yielding inbreed and super hybrid at ministry’s conference room here.

Dr Razzaque said although the country witnessed record rice production during Aush, Aman and Boro season and even the public sector food stock is also highest in record, adding “but rice price trend is upward and anyhow the price could not be controlled.”

Even the rice price is going upward during the harvest feast on the arrival of aman rice across the country, the minister told the journalists.

Under the situation, Razzaque said “we have to raise rice production quickly in order to keep the rice price under control of the lower income people.”

To raise the rice production, he said cultivation and transformation of newly-invented ultra high-yielding inbreed and super hybrid varieties should have to be increased as our arable land is shrinking gradually.

Apart from this, rice cultivation should have to be extended in adverse areas including hilly region, haor and coastal basins and that’s why a concrete action will be taken targeting to increase rice production during next boro, aush and aman seasons.

The government will distribute seed at free of cost and fertilizer price also will be reduced aiming to increase rice production, said the minister.

Talking about instable rice price, the minister said the abnormal price hike of wheat at the international market also has made the situation worsen as per tonne wheat price now reach to 450 US$, up from earlier 230-280 US$.

In 2020-21, country’s overall wheat import was almost 48 lakh tonnes while it [wheat import] now stands at only 16 lakh tonne till January, during the fiscal year.

Due to abnormal wheat price inflation at the international market, country’s wheat import is ultimately lower compared to the last year and that’s why the unit price of atta and flour is rather higher at the local market compared to rice price.