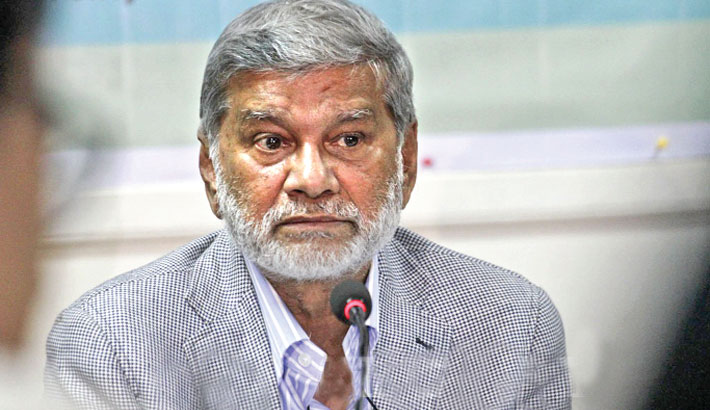 Bangladesh achieved an impressive 6.94 percent GDP growth in the 2020-21 fiscal year amid the Covid-19 pandemic, according to a final estimate of the government.

The country’s GDP size stood at US$ 416 billion and the per capita income rose to US$ 2,591 (as per GNI) in the last fiscal year, said Planning Minister MA Mannan quoting the estimate.

The estimate was placed at the weekly meeting of the Executive Committee of the National Economic Council (Ecnec) on Tuesday.

Ecnec Chair and Prime Minister Sheikh Hasina presided over the meeting, joining it virtually from her official residence Ganobhaban.

Other ministers and officials concerned were connected with the meeting from the NEC conference room, UNB reports.

“The GDP growth rate finally stood at 6.94 percent in the last fiscal year, which is much higher than the provisional estimate of 5.43 percent,” said MinisterMannan while briefing reporters after the meeting.

The GDP size was finally estimated at US$ 416 billion, also higher than the provisional estimate of US$ 411 billion, he said.

“The per capita income also increased to US$ 2,591 (as per GNI) in the final estimate, from US$ 2,554 in the provisional estimate,” said the Planning Minister.

The investment-GDP ratio was 31.02 percent in the last fiscal year, which was slightly less than 31.31 percent attained in 2019-20 fiscal year.