Search Committee to reveal all proposed names for EC tomorrow 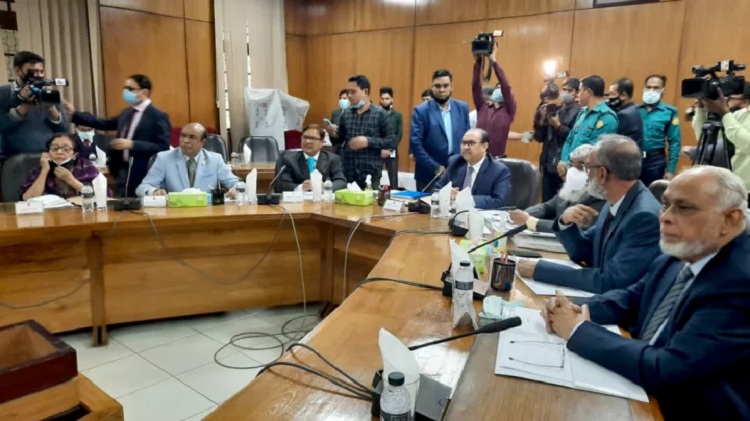 The Search Committee for the formation of Election Commission (EC) will reveal all the names proposed by different political parties and individuals for the posts of chief election commissioner and other commissioners on Monday.

“We will accept the proposed names from political parties till Monday which have not proposed names yet. However, the time has been extended for political parties only. Full list of names will be made public on Monday afternoon on the Cabinet Division website,” Justice Obaidul Hassan, Head of the Search Committee, said at the beginning of the third meeting with eminent citizens on Sunday.

The meeting was held at the Supreme Court Judges’ Lounge on Sunday afternoon.

Justice Obaidul Hassan also said all the names would be published in the Cabinet Division website and in the form of advertisement in mass media.

Previous Search Committees, formed in 2013 and 2017, did not disclose proposed names despite demands from political parties. However, present committee has taken an unprecedented move to made the names public.