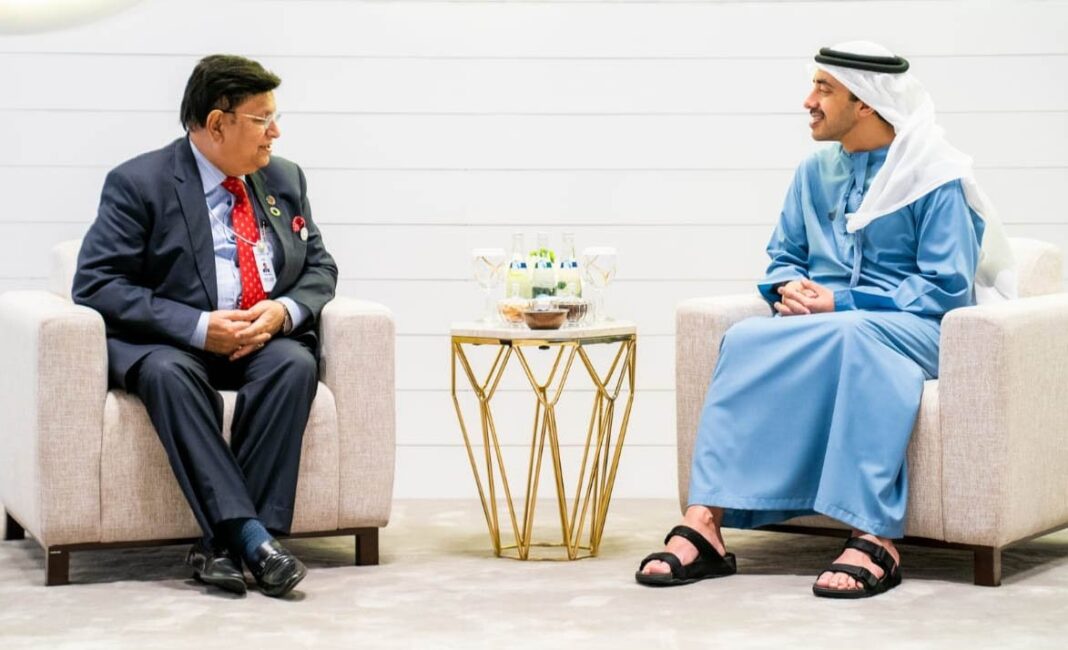 The two foreign ministers reviewed the bilateral relations between Dhaka and Abu Dhabi ahead of the Bangladesh premier’s visit at a meeting held in Dubai on Sunday, a foreign ministry press release said on Monday morning, reports BSS.

Prime Minister Sheikh Hasina is expected to visit UAE in March at the invitation of the Prime Minister of the UAE and the Ruler of Dubai.

During the meeting, both the foreign ministers recalled the existing excellent bilateral relations between the two countries and underlined the need for working together in all areas of cooperation for the mutual benefits of the two peoples.

Both the ministers also agreed to explore new contours of collaboration in the field of agriculture and food security, culture, cooperation in the field of science, innovation and technology with focus on ICT, IoT and digitalization to elevate the relationship to a comprehensive partnership.

Dr. Momen briefed the UAE foreign minister of the situation arising out of the forcibly displaced Myanmar nationals currently sheltered in Bangladesh and sought continued cooperation and support of the UAE for an early resolution of the crisis.

The Bangladesh foreign minister congratulated the UAE leadership and people on their 50th anniversary of their nationhood while appreciating the spectacular achievements during last five decades.

In this regard, the two foreign ministers agreed to organize some special events to mark the twin golden jubilee of nationhood of Bangladesh and UAE.

Dr. Momen led a 7-member delegation to the UAE on a bilateral visit on February 10-13.

During his stay in Abu Dhabi, Dr. Momen also met Director General, IRENA and attended several programs as chief guests including Bangladesh Business Council meeting in Dubai and seminar organized at Dubai EXPO 2020 by Bangladesh Tourism Board, seminar at Emirates Centre for strategic Studies and Research, in Abu Dhabi.

He also inaugurated the Bangabandhu Corner at Bangladesh Consulate, Dubai and visited a Skill Development Centre for Bangladeshi workers in Dubai.