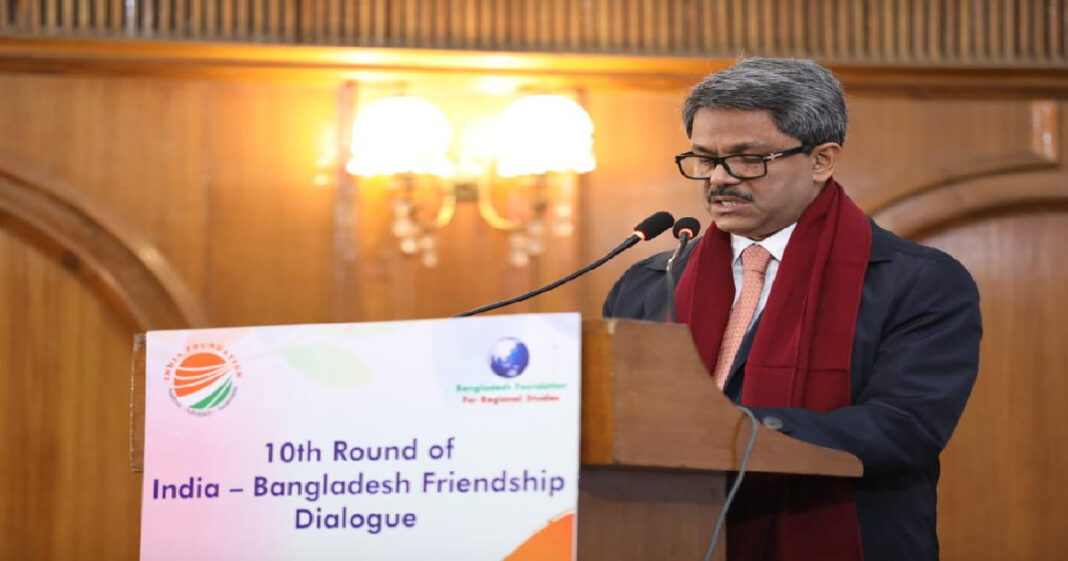 Highlighting growing friendship between Bangladesh and India, State Minister for Foreign Affairs Md Shahriar Alam on Friday reiterated the unwavering commitment of Prime Minister Sheikh Hasina’s government to ensurimg peace and stability in the region and beyond.

“Guided by the principles of Bangabandhu, Bangladesh believes in peace and stability, so that every country may devote its resources and energies to the pressing task of advancing the welfare of its own people,” he said.

The State Minister said Father of the Nation Bangabandhu Sheikh Mujibur Rahman laid a strong foundation of Bangladesh-India relationship based on respect for each other’s independence, sovereignty and territorial integrity, and democratic norms and values, UNB reports.

He made the remarks while speaking at the inaugural session of tenth round of the Bangladesh-India Friendship Dialogue, titled “Reliving Bangabandhu’s Vision for India” organized by the India Foundation and the Bangladesh Foundation for Regional Studies in Shimla, India. The dialogue will conclude on Saturday.

Reflecting on Bangladesh’s impressive economic growth, the state minister said it creates newer opportunities for the partners of Bangladesh.

With regard to people-to-people contact, he highlighted the role of policymakers, media and civil society to create positive narratives.

The Bangladesh-India Friendship Dialogue is a forum to bring together key stakeholders including think tanks and civil society from both the countries to discuss issues of relevance.

The ninth round of the dialogue was organized in Cox’s Bazar in 2019.