‘Joy Bangla’ made national slogan of the country 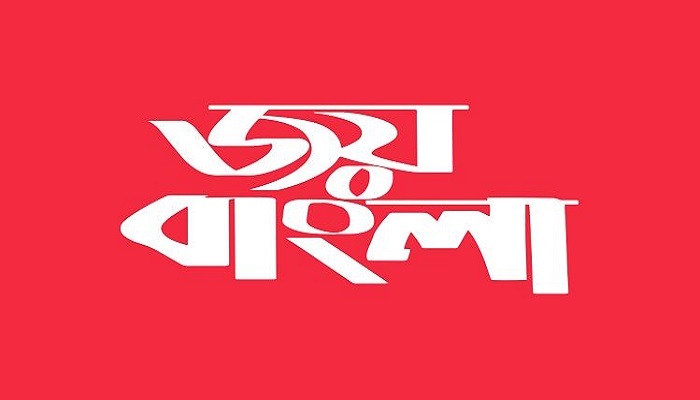 The government has decided to issue a gazette notification making ‘Joy Bangla’ the national slogan of the country.

The decision was taken at a cabinet meeting chaired by Prime Minister Sheikh Hasina on Sunday.

It was disclosed by Cabinet Secretary Khandaker Anwarul Islam following the cabinet meeting.

The premier attended the meeting virtually from her official Ganabhaban residence in Dhaka, while ministers and state ministers connected from the conference room at the secretariat.

When asked how long it would take for the gazette notification to be issued, Cabinet Secretary Khandker Anwarul Islam said, “It shouldn’t take more than two, three or four days.”

Regarding where to say “Joy Bangla”, the cabinet secretary said, “Three or four categories are being considered. Constitutional office holders, all state officials and employees will say this at the end of state or government ceremonies. All educational institutions, including madrasas, if they have any meeting-seminar, assembly or any kind of assembly, they have to give the slogan ‘Joy Bangla’ there.”

“If there is an event or an assembly, all those present holding public or private offices will chant the Joy Bangla slogan. This is the cabinet’s decision,” said the cabinet secretary.

Earlier in December 2017, a High Court bench issued a rule asking the authorities concerned to explain why “Joy Bangla” should not be declared the national slogan following a writ petition filed by Supreme Court lawyer Dr Bashir Ahmed.

In December 2019, the court asked the government to take steps to ensure the use of “Joy Bangla” as the national slogan from December 16.

Later in March 2020, the High Court bench of Justice FRM Nazmul Ahsan and Justice KM Kamrul Kader declared that “Joy Bangla” will be the national slogan of the country and gave three specific directives to the authorities concerned about the use of “Joy Bangla” slogan.