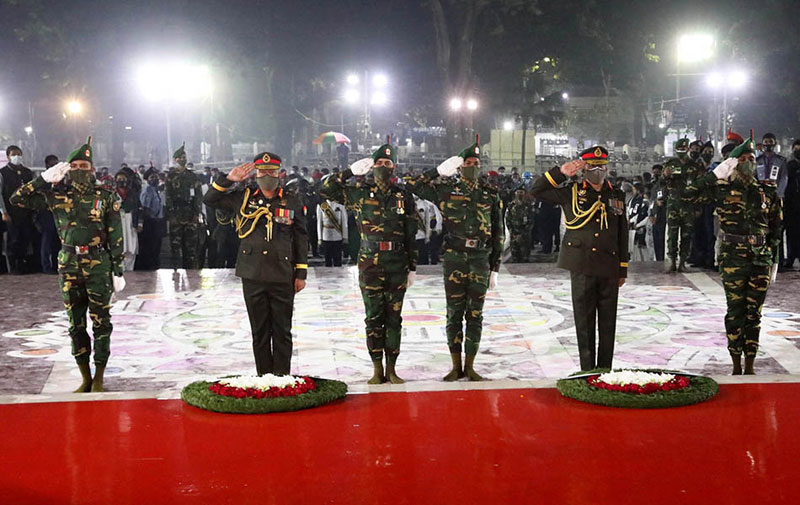 President Abdul Hamid and Prime Minister Sheikh Hasina early Monday paid their glowing tributes to the martyrs of the historic Language Movement on the occasion of Amar Ekushey and the International Mother Language Day.

On behalf of the head of the state, his Military Secretary Major General SM Salahuddin Islam paid the homage by placing wreaths at the Central Shaheed Minar early today.

After that, on behalf of the Prime Minister, her Military Secretary Major General Naquib Ahmed Chowdhury paid the homage by placing wreaths at the Central Shaheed Minar.

They stood in solemn silence for some time as a mark of profound respect to the memories of the Language heroes.

The day will also be observed around the world as the Unesco recognized February 21 as the International Mother Language Day on November 17, 1999.

Like some other national events, this year’s programme is being observed in a limited scale due to COVID-19 pandemic.