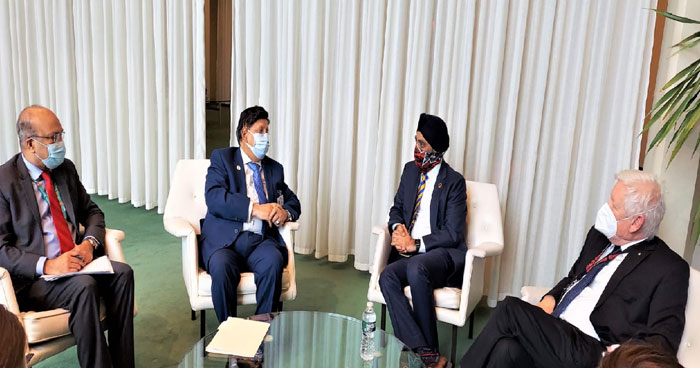 Bangladesh has reiterated its call to Canada for the deportation of Nur Chowdhury, the self-confessed and convicted killer of Father of the Nation Bangabandhu Sheikh Mujibur Rahman.

During a bilateral meeting with Canadian Minister for International Development Harjit Sajjan at the Indonesian Lounge in UNHQs on Friday, Foreign Minister Dr AK Abdul Momen drew attention of the government of Canada for the deportation of Nur Chowdhury from the country, reports UNB.

“We understand it’s an important issue for Bangladesh. I’ll convey this to my capital,” the High Commissioner told reporters at the Ministry of Foreign Affairs in Dhaka.

Nur Chowdhury has been living in Canada as a fugitive for close to thirty years.

The Foreign Minister of Bangladesh updated Canadian counterpart Harjit Sajjan about the ongoing situation of Rohingya and sought Canada’s cooperation in repatriating Rohingyas to Myanmar, according to Bangladesh Mission at the UN.

The Canadian Minister assured his country’s support for the repatriation of the Rohingya and praised Bangladesh’s generosity in providing shelter and humanitarian assistance to the the persecuted Rohingya population.

The Foreign Minister is now in New York on an official visit.

He will present Bangladesh’s amended documents to the Commission on the Limits of the Continental Shelf (CLCS) at the UN on March 1.