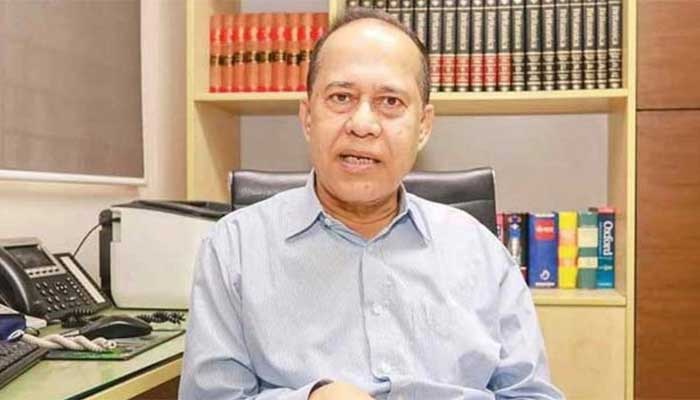 President Abdul Hamid on Saturday (February 26) appointed him and four Election Commissioners a day after the Search Committee submitted a list of names to him at Bangabhaban.

The Cabinet Division issued a gazette notification on Saturday regarding the appointments of new CEC and ECs.

He served as a district judge in different districts and joined the Legislative Drafting Wing of the ministry as joint secretary in 2000 and was promoted to additional secretary in 2003.

He joined the Defence Ministry as Secretary in 2014.

He was then reappointed as Senior Secretary again in Defence Ministry on January 21, 2015.

Earlier on February 24, the Search Committee handed over the final list of 10 names to the President at the Bangabhaban.

This is the first time that an Election Commission has been formed through a Search Committee under the EC formation law, passed in the parliament on January 27.

The Search Committee finalised the names by shortlisting 320 candidates in seven separate meetings. The committee also held four meetings with eminent citizens and journalists, many of whom repeatedly called for making the list public.

Later the Search Committee published the initial list of 322 names but refrained from publishing the names finally chosen, saying it did not have the legal authority to do so.