Attempts made to erase Bangabandhu from history: PM 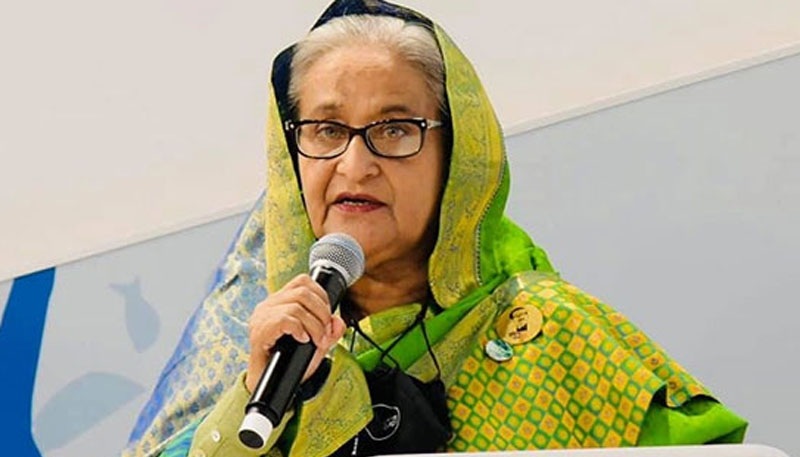 Prime Minister Sheikh Hasina on Sunday emphasised informing the new generations about the struggles and sacrifices behind the achievements of the country, reports UNB.

“If the future generations know about these sacrifices and struggles they will learn the value of patriotism. Their merits, knowledge and creativity will flourish,” she said.

The programme was held at National Museum at Shahbag with the premier joining it virtually from her official residence Ganabhaban.

She said that the government has developed the country from 2009 to 2022 a lot changing the lives of the people significantly.

She mentioned that poverty has been reduced and people are getting an education and other facilities with development spreading to the rural areas.

“With these developments, I think that the sacrifices and struggles of the people behind these achievements have to be known by the people,” she said.

She also recalled the struggle of the people and the bravery of the unarmed Bangalees to liberate the country through a war.

“We have many historical events like these. Our children, youths and generations have to know this history. Knowing this they will be imbued with patriotism and inspired to devote them to the welfare of the people,” she said.

“They will be imbued with the spirit of serving the people of the country and that’s very much important for us,” she added.

The prime minister said that there was an evil attempt to erase the name of Bangabandhu and his struggle and sacrifice from the history of the country after his brutal assassination in 1975.

“But truth triumphed as the name of the Father of the Nation could not be erased from the history of the country,” she said.

Thanking the artists, poets, novelists and other sections of the people for their efforts to bring Bangabandhu in their creative works over the years, Hasina said that the scroll will be exhibited across the country in phases.

She suggested placing it permanently at Bangabandhu Mausoleum in Tungipara, the birthplace of Bangabandhu.

Shahjahan Ahmed Bikash painted the longest scroll painting of the country illustrating Bangabandhu’s life and works. The exhibition will continue for two weeks at Nalini Kanta Bhattasali Gallery at the National Museum.

At the outset of the ceremony, the theme song of Mujib Year and a video documentary on the scroll painting was screened.