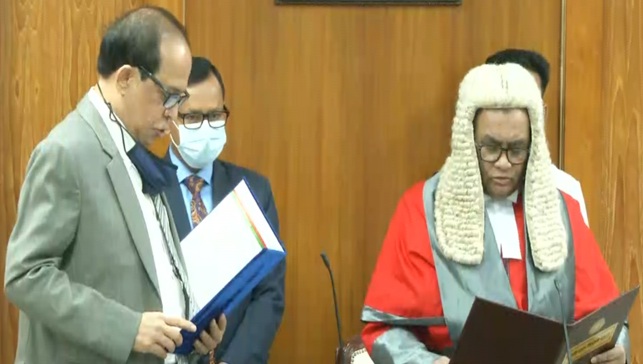 The oath-taking ceremony was held at the Judges’ Lounge of the Supreme Court.

The new CEC and four ECs will attend their respective offices at the Nirbachan Bhaban at Agargaon in the capital from Monday. The CEC is likely to brief journalists at 1:00pm.