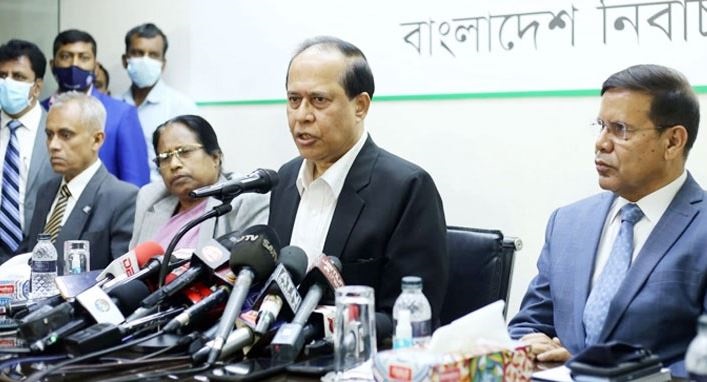 Chief Election Commissioner (CEC) Kazi Habibul Awal on Monday asked for consensus among all political parties to ensure the next general election is held in a free and fair manner.

He made the call at a press conference held at Nirbachan Bhaban in Dhaka on Monday.

CEC Awal said, “There must be efforts to bridge the gap between the political leadership. If we turn our face away from others then the distance will increase.”

Awal said, “We would extend support to political leadership. If the political leaders do not support each other or if there is no minimum scope of consensus among them, then I could not be their guardian. They are much more learned and experienced than us.”

He further said, “We will plead them (parties) to make consensus. Make an agreement so that elections would be held in a fair way, there would be no violence and obstructions.”

The CEC further said that they will perform their duties with sincerity, devotion and honesty.