No child under 14 can be employed: Cabinet 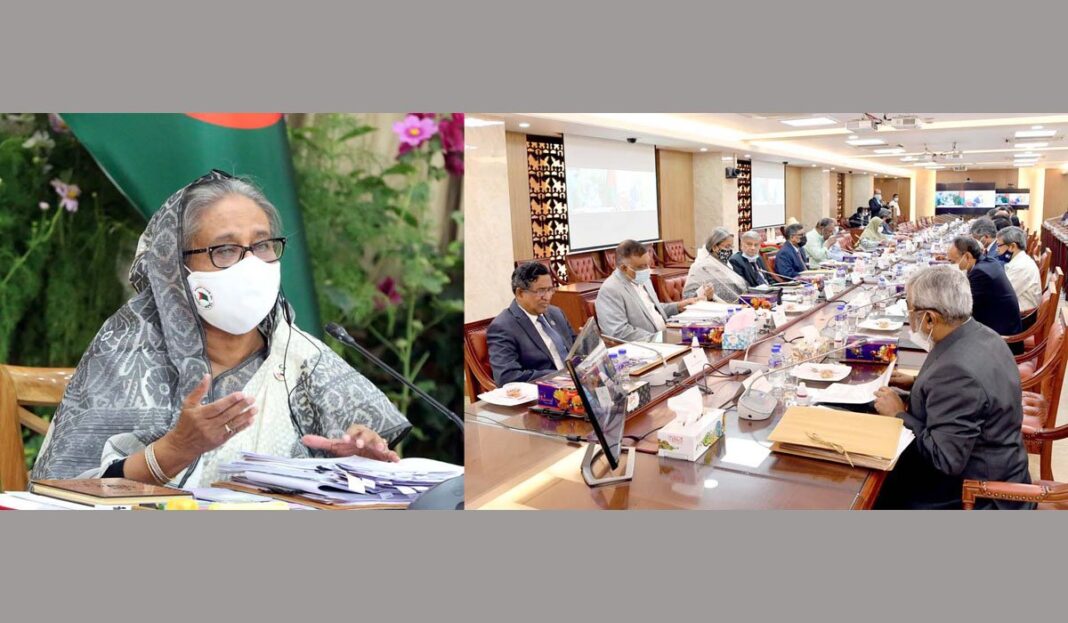 The Cabinet on Monday decided that none under 14 years could be recruited to work, approving the proposal of ratifying ILO Convention-138 which restricted employment of any child below 15.

The Cabinet suggested that considering the socioeconomic condition of any country, the age limit of work entry should be 14 years.

The approval came at the Cabinet’s regular meeting with Prime Minister Sheikh Hasina in the chair.

The premier joined the meeting virtually from her official residence Ganabhaban, while her Cabinet colleagues were at the meeting room of the Cabinet Division in Bangladesh Secretariat, BSS reports.

“Considering the socio-economic condition of any country, the age limit of recruitment to work could be reduced to 14 years, but not less than it. The cabinet thinks 14-year is suitable for Bangladesh,” said Cabinet Secretary Khandker Anwarul Islam.

He briefed the newsmen after the Cabinet meeting at Bangladesh Secretariat.

The cabinet secretary said “ILO Convention-138” carries special significance as out of 189 countries across the world, 173 have signed it.

He said, “The main issue is that generally 15 years is required to complete the basic education and that’s why, no child under 15 can be employed.”

But, considering the socio-economic condition in particular, he said, “14-year is suitable for Bangladesh.”

The cabinet secretary, however, said that these children, whether they are 14 or 15 years old, cannot be engaged in any risky or dangerous work under any circumstances.

Children cannot be involved in activities that could lead to accidents or deaths, he said, adding that “And even if children of this age are employed, they cannot be treated as adult.”

He continued that they cannot be presented as an adult in marriage or other cases.

“If anyone commits crime at this age, he or she will be considered a child offender,” he added.

Replying to a query that if someone employs a child under the age of 14 or 15 years what would be the punishment, Khandker Anwarul said punishment would be given according to the Labour Law.

The Cabinet also approved the draft of Export Policy 2021-2024 brought by the Ministry of Commerce. Normally, the government adopts an export policy every three years.

The cabinet secretary said the policy has been given approval to cope with the upcoming challenges being emerged following the graduation of the country from the LDCs.

“Product diversification and identifying priority products, expansion of export industry, importance of labour-based export industry, skilled development, making trade and investment easier and adaptation of comprehensive policy as well have been given special focus in the export policy,” he said.

He added particularly the country’s graduation, 4IR, three year grace period in EU market after the graduation and economic diplomacy have also been given special importance.

With these two new, the cabinet secretary said the number of public universities will reach 52. The country now has 108 private universities.

In addition, a draft of the BIMSTEC Certificate was also approved in today’s Cabinet meeting.

Regarding the certificate, the cabinet secretary said it needs to be signed before the 5th BIMSTEC Conference scheduled to be held on March 30 in Sri Lanka and that is why it was placed at the Cabinet meeting.

He said Bangladesh would provide secretarial function and BIMSTEC secretariat would be in Dhaka.

Following the sign of BIMSTEC Certificate, he said, a free-trade region would be possible to be formed among the member countries alongside the development of communication for transportation of goods.