Bangladeshi ship hit by missile in Ukraine, one killed 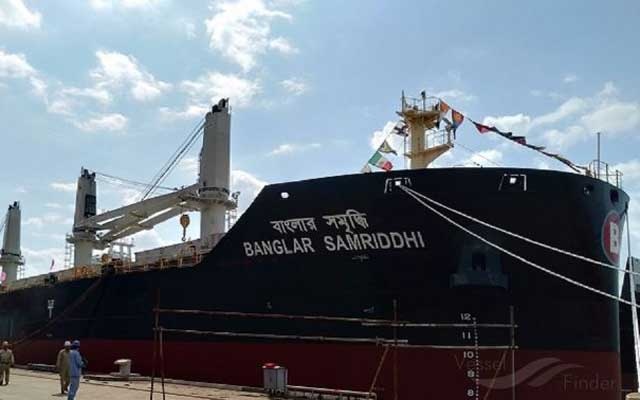 An engineer of Bangladeshi ship ‘MV Banglar Samriddhi’, which remained stranded at a port in Ukraine, was killed in missile attack on Wednesday night.

Deceased Md Hadisur Rahman was the third engineer of the ship belonging to the Bangladesh Shipping Corporation (BSC). He hailed from Betagi upazila of Barguna.

The ship came under attack around 9:25pm on Wednesday (BDT).

The vessel, which bears the Bangladeshi flag, had docked at Olvia seaport in Ukraine before Russia invaded.

The vessel had 29 Bangladeshi sailors on board.

When the war began, the ship got stuck at the port.

“The shell detonated on the bridge, where third engineer Hadisur Rahman was on duty, and killed him.”

“The other crewmen are unharmed and the fire has been put out.”

On February 27, BSC General Manager Captain Mujibur Rahman had said that the vessel could start its journey back within two days once the channel cleared.

The vessel was scheduled to pick up a shipment of goods from the port, but given the circumstances, the shipment was cancelled, he said.

The ship had been safely docked until that day and the official said all sailors were healthy and safe and had sufficient food and water to meet their needs.