Prices of essentials rising around the world: PM 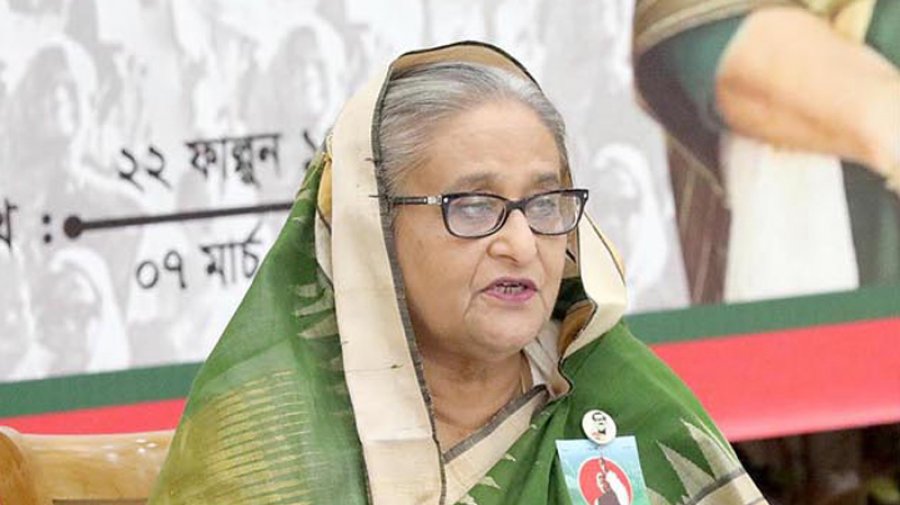 “The prices of essentials have marked a rise not only in Bangladesh but also elsewhere in the world due to the Covid-induced recession in the global economy. That’s why the prices have increased in every country of the world,” she said.

Hasina said this while addressing a discussion marking the Historic March 7 Speech of Father of the Nation Bangabandhu Sheikh Mujibur Rahman in 1971.

Besides, Hasina said, an unwarranted situation erupted when Russia attacked Ukraine. “The negative impact of that incident has struck the world and we’re also suffering from that.”

The Prime Minister said maybe the prices of some items are going up at the domestic market due to the impacts of the price hike on the international market.

“Naturally, the prices go up at the domestic market when that goes up on the world market as its impact falls everywhere,” she said.

Besides, she said, there are some people who always try to make money taking advantage of such a situation. “They want to make quick bucks through hoarding of goods.”

Hasina said the government has made arrangements for monitoring the market.

She urged all to utilise every inch of land for farming to avoid any kind of food scarcity in the country.

The Prime Minister said the aim of the government is to ensure all the basic needs of people. “And we’re doing that successfully.”

She said the Awami League government has been able to bring a fundamental change in society in just 13 years. “We’ve been able to develop the living standard of the people of this country.”

Referring to BNP’s move to observe another programme instead of observing Historic March 7 speech of Father of the Nation Bangabandhu Sheikh Mujibur Rahman, Sheikh Hasina, also the AL chief, said there is no need to pay attention who actually observe the historic day or not.

“We’ve to consider that they’re the vested quarter who never wanted the Independence of this country and are among the group who killed the Father of the nation, staged the August 24 grenade attack, burnt people alive,” she said, adding that people do not expect anything from them.

She said that the leaders of BNP are convicted for corruption; they are fugitives and they have nothing to do except destroying the future of people.

Hasina said taking advantage of Digital Bangladesh, the BNP fugitive leaders are engaged to destroy the achievements of the country from abroad.

“We’re doing whatever is needed to develop Bangladesh, we’ve to fulfil the dream of the Father of the Nation,” she said.

Hasina said the historic March 7 speech still encourages all as each of its lines are meaningful; and it inspires people to move forward.

“We’ve to march forward following the historic speech not just observing the Day,” she added.