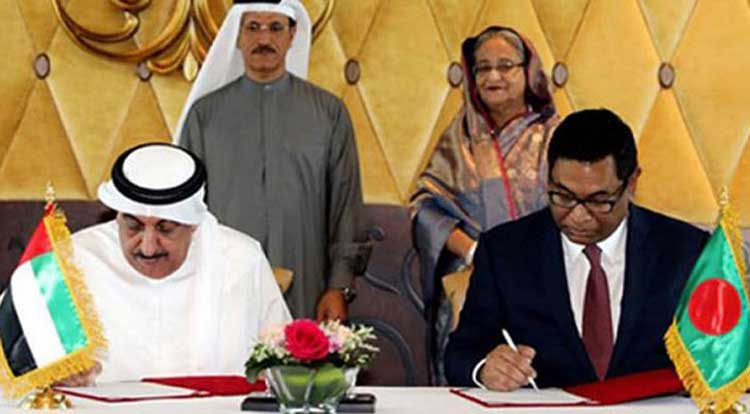 Bangladesh and United Arab Emirates (UAE) have signed four Memoranda of Understanding (MoUs) to boost cooperation between the two countries.

The signed MoUs were exchanged between the two sides in presence of the two leaders.

Bangladesh and UAE foreign ministers signed the MoU on Cooperation in Higher Education and Scientific Research on behalf of their respective sides, while foreign secretaries of the two countries inked the MoU for cooperation between the foreign services academies.

Besides, the directors general of BIISS and ECSSR signed a MoU and the FBCCI president and the Dubai chamber’s chief penned the paper of the rest MoU on behalf of their respective parts.