Biman to start operating flights to Toronto from March 26 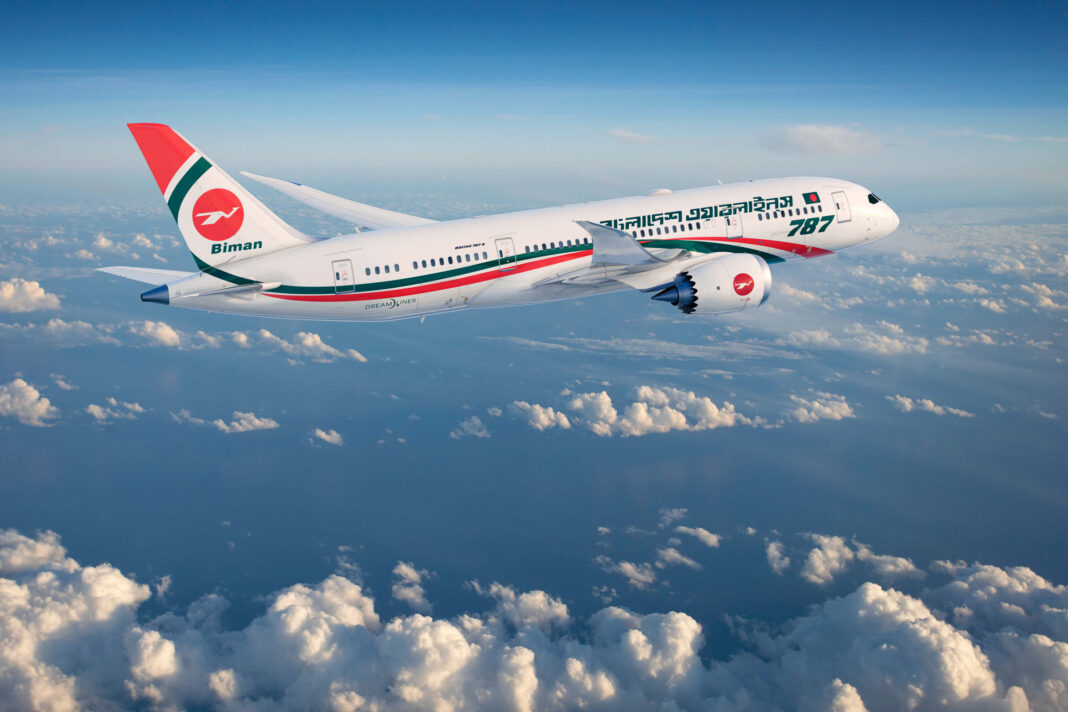 Biman Bangladesh Airlines, the national flag carrier, is going to start flight operations to Toronto of Canada from March 26.

The process of launching the direct flights from Dhaka to Toronto are in its final stage, said State Minister of Civil Aviation and Tourism Md Mahbub Ali.

“Biman Bangladesh Airlines will start operating direct flights from Dhaka to Canada’s Toronto on March 26,” the State Minister said at a prize giving ceremony of ‘Biman Half-Marathon Competition 2022’ held at Hatirjheel Amphitheatre in the capital on Friday (March 11) morning.

The government is also planning to resume Dhaka-New York flight operation, he said adding that they has finalized the launch of Dhaka-Narita flights, but there have been some delays due to the pandemic.

Civil Aviation and Tourism Secretary Md Mokammel Hossain, Member of the Board of Aviation Barrister Tanjib Ul Alam and senior officials of Biman Bangladesh Airlines were present on the occasion.

The State Minister expressed the hope that Biman would fly to many other international destinations in the near future.

“March is the month of our pride. Bangabandhu’s historic speech was on March 7, Bangabandhu’s birthday is on March 17, March 26 is the great Independence Day. So, today’s marathon is organised in a different way,” he said.

More from this section
Travel

No self-isolation in Britain for fully jabbed Bangladeshi travellers