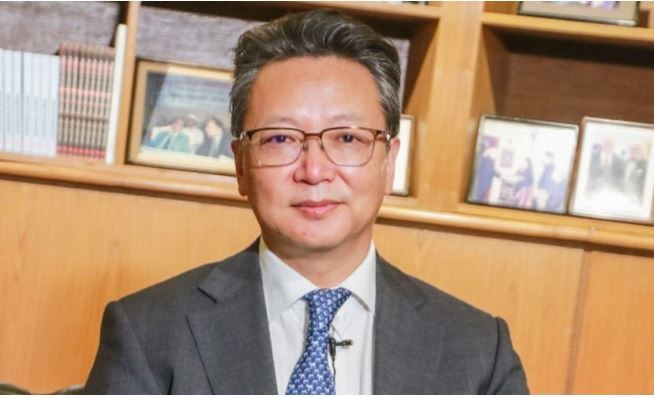 Chinese Ambassador to Bangladesh Li Jiming has said China will not build any military base in Bangladesh or any other foreign land.

He made the remarks when his attention was drawn about a report carried by NIKKEI ASIA titled “India wary of China setting up Bangladesh missile maintenance hub”, reports UNB.

With China preparing to set up a maintenance facility in Bangladesh for surface-to-air missile systems it supplied in 2011, alarm bells are ringing in New Delhi, reads the report.

LI Jiming said China is not taking the side of Russia in the war against Ukraine, rather Beijing wants a peaceful resolution to the issue through dialogue.

“Not really,” he said when asked whether China is taking the side of Russia and mentioned that both Russia and Ukraine are their friends.

Referring to Bangladesh Foreign Minister AK Abdul Momen’s statement over the issue the Chinese Ambassador said Bangladesh wants peace and that is what China exactly wants.

The Embassy of China in Bangladesh hosted an in-person press conference titled “Spring Dialogue with China” at Pan Pacific Sonargaon.

Inam Ahmed, Editor of the Business Standard, moderated the event.