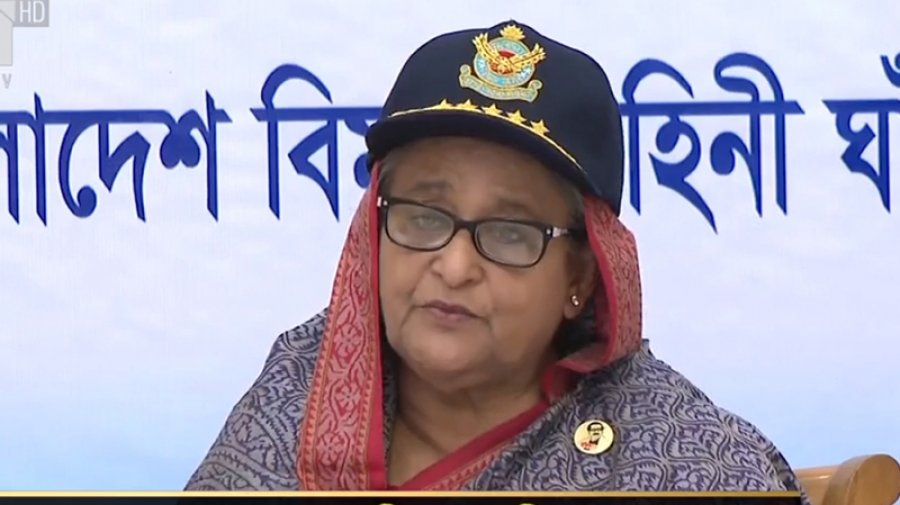 “It is impossible to achieve the goals without hard work, discipline and patriotism. I hope you will be aware of these and will build yourselves accordingly,” she said, reports UNB.

The prime minister was addressing a ceremony marking the induction of ‘GROB G-120 TP’ trainer aircraft into the fleet of Bangladesh Air Force (BAF).

She joined the function at BAF Base Bir Shreshtha Matiur Rahman in Jashore, virtually from her official residence Ganobhaban here.

Hasina said Bangladesh believes in peace, not war, as its foreign policy articulately mentioned that friendship to all malice towards none.

“But if we are ever attacked, we must acquire the skills to defend our country’s independence and sovereignty,” she said stressing the need for having proper trainings and knowledge about technology, war and all other relevant issues among the members of the Air Force.

To ensure better and up-to-date flight training for the future generations of the Air Force, the government has already added the latest Fly-by-Wire and the YAK-130 combat trainer with digital cockpit, K-8W Jet Trainer, L-410 Transport Trainer, AW-119KX Helicopter Trainer and various types of simulator to the force, she said.

“In continuation of this, today 12 GROB-120 Trainer Aircraft was inducted into the fleet of the Air Force,” said the prime minister. a

She said that several more GROB-120 Trainer Aircraft will be added to the force in the second phase.