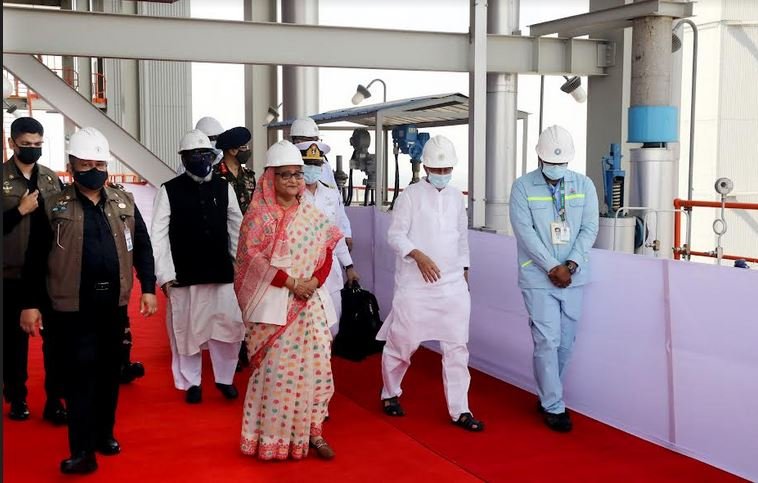 Prime Minister Sheikh Hasina on Monday inaugurated the 1320 megawatt ultra-supercritical thermal power plant at Payra in Patuakhali district on a day when she also declared the country’s 100 per cent electricity coverage.

This milestone achievement puts Bangladesh ahead of India and Pakistan among the South Asian nations to light up every house with electricity, reports UNB.

The Export-Import Bank of China lent $1.96 billion for the project. The company started operation in 2016.

This kind of coal-burning power plant using Ultra Supercritical Technology is the thirteenth in the world and seventh in South Asia.

The Ultra Supercritical Technology used for this plant aims at protecting the environment in line with the government’s policy, officials said.

The Power Transmission Company of Bangladesh (PGCB) had undertaken a number of transmission projects to facilitate evacuation of electricity from the Payra power project.

PGCB officials said all these projects are being implemented targeting the power evacuation from both the Payra and Rampal plants and these will cost about Tk 4,650 crore, of which Tk 3,294 crore will be spent on Payra plant transmission facilities.

Payra plant’s officials said they have been operating the two units in alternative months to keep the plant’s equipment operational.

The authorities expected to supply about 80-85 percent of the plant’s electricity to the southern part of the country.

Officials said the plant will be operated at full steam only once the 440kV transmission line is established through the Padma River.

The power plant is burning some 13,000 tonnes of coal a day. It has a 76.30 acre dumping zone where 25 years worth of byproduct can be kept.

The plant is currently importing coal from Indonesia. It has its own jetty whose conveyor belts can unload 3,200 tonnes of coal every hour from four vessels at the same time.

According to the plan, the government will produce 12,000MW of electricity in Payra, including another 1,320MW coal-burnt plant and several other plants that will run on LNG and renewables.