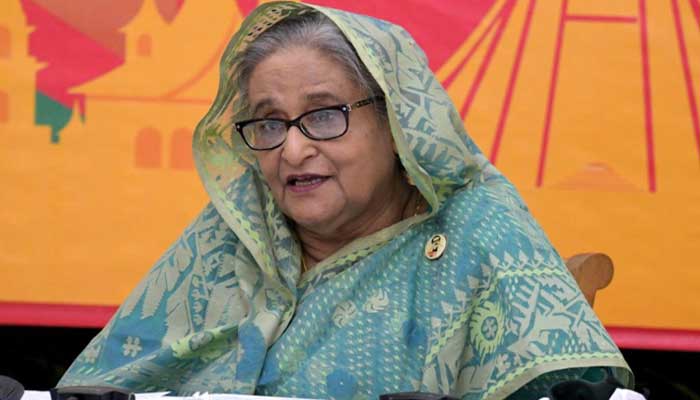 Prime Minister Sheikh Hasina on Saturday put emphasis on brining all children with special needs including those suffering from autism into the mainstream of the society giving them opportunity flourish their hidden talents.

“I believe we will be able to incorporate persons with autism syndrome in the mainstream of the national life with the united efforts of all and our (government’s) diversified efforts, ” she said.

She said this while addressing the 15th World Autism Awareness Day 2022 at Bangabandhu International Conference Center (BICC) organised by the Social Welfare Ministry.

The theme of this year’s day is: ‘Make such a world: explore the talents of people with autism.’

The prime minister said that children with autism syndrome have various types of hidden talents.

“That talents have to be flourished through giving them opportunities,” she said.

She urged all to take steps to help the special children so that they could flourish their hidden talents and contribute in the society.

Regarding the demand of providing accommodation with training facilities for the persons with autism after demise their parents and guardians, Sheikh Hasina said that the government will do that.

“Initially we will arrange accommodation with training facilities in the divisional headquarters while gradually in all districts through Neuro-Developmental Disability Protection Trust,” she said.

She asked the Social Welfare Minister to take a project for this purpose.

Hasina asked the affluent section of the people to come forward for supplementing the government’s effort.

“You have earned a lot, if you spend some of your money for this purpose it will be beneficial for the country,” she said.

She said that the government is taking the country forward and that means all sections of the society will get its benefits.

“All will get beautiful and developed life, we are running the state to this end,” she said.

The Prime Minister again urged all to remain safe from coronavirus as many places around the world are witnessing surge in infections.

Special child Isaba Hafiz Sushmi, on behalf of all special children with Autism syndrome, also spoke at the function.

Earlier, Social Welfare Minister Nuruzzaman Ahmed, on behalf of the prime minister, distributed awards among successful children with autism and individuals and organisations working for the development of such children.

A documentary on Autism screened at the programme.

In 2007, the United Nations declared April 2 as the World Autism Awareness Day, aiming to improve the quality of life of those with autism. In Bangladesh, different programmes have been tasken to mark the day.

Autism is a lifelong neurological condition that manifests during early childhood, irrespective of gender, race or socio-economic status.