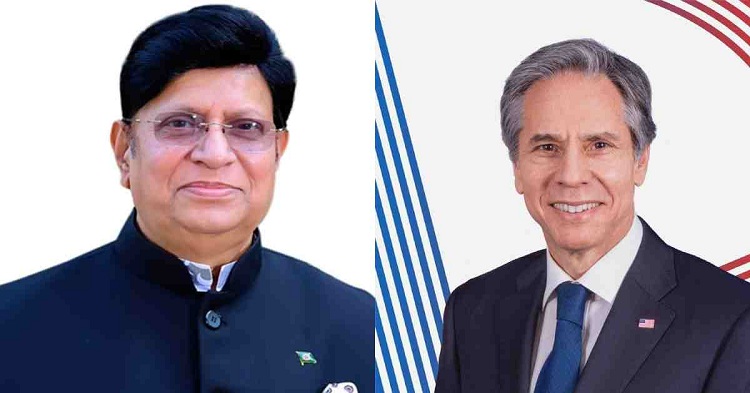 US Secretary of State Antony Blinken has said the relations between Bangladesh and the United States will reach new heights in the next 50 years.

He described the celebrations of 50 years of diplomatic relations between Bangladesh and the United States as a milestone in the two countries’ growing partnership.

The close cooperation between the two countries in protecting people from the scourge of terrorism, human trafficking and illicit drug trafficking is commendable, Blinken said.

The United States and Bangladesh will continue to work closely on strengthening economic ties, investing in development, addressing the challenges of climate change, regional security, peacekeeping operations, and finding a lasting solution to the Rohingya crisis, he mentioned in the letter.

Blinken said the United States stood by the people of Bangladesh by providing 61 million doses of Covid vaccine to make the 50th anniversary of the two countries’ partnership meaningful.

“I look forward to seeing what our people will build together in the decades ahead as we continue to follow that star of freedom,” he said in a video message celebrating five decades of diplomatic ties between the two countries.

Secretary Blinken thanked Foreign Minister Dr AK Abdul Momen and Bangladesh Ambassador to the US M Shahidul Islam “for being the latest stewards of this crucial” relationship.

The United States recognized Bangladesh on April 4, 1972, in a press statement from Secretary of State William Rogers.

In addition, Herbert Spivack, the principal U.S. officer in Dhaka, delivered a message from President Richard Nixon to Father of the Nation Bangabandhu Sheikh Mujibur Rahman informing him that the United States government wished to establish diplomatic relations at the ambassadorial level.