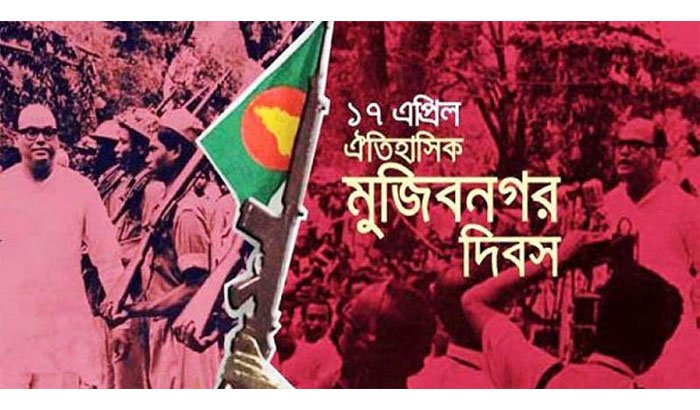 Several programmes have been taken to observe the historic Mujibnagar Day tomorrow with due respect.

President M Abdul Hamid and Prime Minister Sheikh Hasina are expected to issue separate messages on the eve of the day recalling the historic event, said a handout.

The day will begin with the hoisting of national flag at 9 am at the Liberation War Memorial Center at Mujibnagar in Meherpur district.

Later, wreaths will be laid at the Liberation War Memorial Center in Mujibnagar. Guards of Honor will be presented and colourful parade will also be held at Mujibnagar Amrakanan by freedom fighters, police, BGB, Ansar and VDP, BNCC, scouts, Girls Guides and school-college students.

Lyrical drama ‘Jal Mati O Manush’ will be screened in Mujibnagar at 10 am on
this day. A discussion will be held at 11:15 am at Sheikh Hasina Mancha in
Mujibnagar highlighting the significance of this day.

Newspapers will publish special supplements while Bangladesh Betar and Bangladesh Television and private TV channels will air different programmes highlighting the significance of the day.

This day will be a public holiday in Mujibnagar upazila of Meherpur district.

On the occasion of this day, important installations and buildings in the capital and Mujibnagar will be illuminated and the road islands will be decorated with national flags.

Seminars and prayers will be organised in different educational institutions. Similar programmes will be held at district and upazila level and also at Bangladesh embassies abroad highlighting the significance of the day.

The historic Mujibnagar Day is observed every year marking the oath-taking ceremony of country’s first government on April 17, 1971.