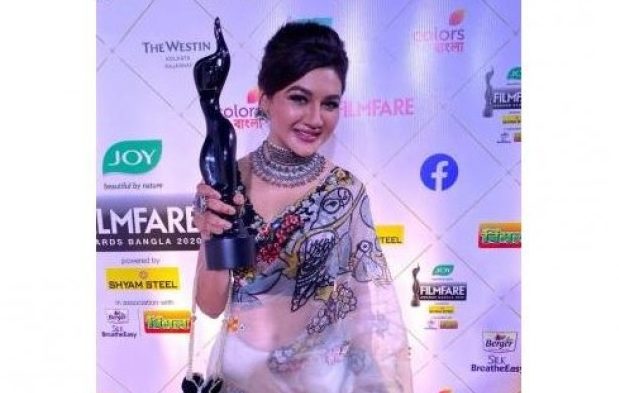 Bangladeshi actress Jaya Ahsan has won the Best Actress (Critics) award at the 4th Joy Filmfare Awards Bangla for her roles in ‘Bijoya’ and ‘Robibar’.

“#JayaAhsan takes home the award for Best Actress (Critics) for #Bijoya and #Robibaar at the #JoyFilmfareAwards (Bangla),” read a post on Filmfare’s verified Facebook page earlier on Wednesday night.

Jaya had previously won the Best Actress award in the 2018 iteration of the event, for her efforts in ‘Bishorjon’.