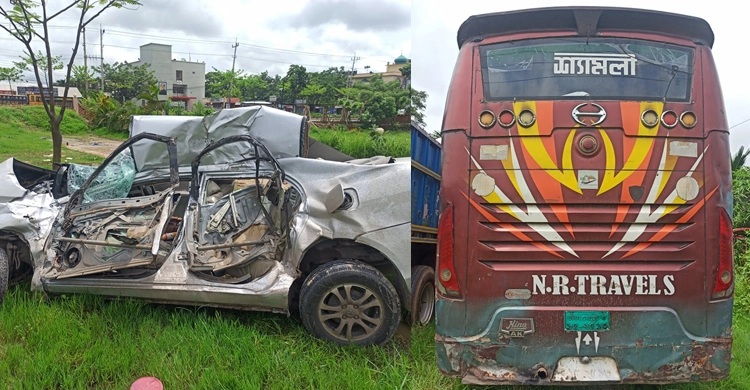 Three people were killed as a bus collided with a private car on Dhaka-Chattogram highway at Sadar South upazila in Cumilla district on Friday morning.

The deceased were identified as Md Miraz Hossain, 18, son of Mubarak Hossain, hailed from Khilgaon area of Dhaka, Belal Hossain, 35, from Nalitabari upazila in Sherpur district, and Fakhrul Alam, 35, from Laxmipur.

Fakhrul died on way to hospital in Dhaka.

Police seized the vehicles but the driver and helper of the bus fled.

The bodies will be handed over to respective families after autopsy.