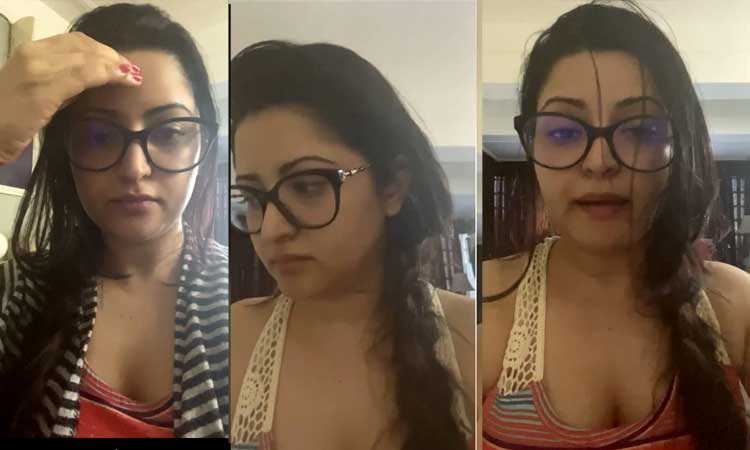 Actress Pori Moni was arrested with drugs from her Banani residence in the capital on late Wednesday afternoon.

Rapid Action Battalion (RAB) arrested her after conducting a raid into her residence at Banani in the capital on some specific charges. During the hour-long raid, RAB personnel found illicit drugs inside her house.

She was shown arrested and taken to the custody of RAB for questioning.

RAB’s Legal and Media Wing director Commander Khondker Al Moyeen said Pori Moni has been taken to the RAB custody. “We are conducting searches inside her house,” he said.

The RAB official said searches were being conducted inside the house. “We’re trying to trace the presence of illegal things inside her house.”

It is learnt that a case is likely to be filed against the actress.

Earlier, the RAB said a raid was being conducted at the actress Pori Moni’s house on the basis of specific charges against her.

Law enforcers including several teams of RAB took position at the premises of her Banani residence on early Wednesday (August 4). Then they started taking preparations to launch the raid into the actress’ residence.

The RAB officials present at the spot told journalists that raids were being carried out at Pori Moni’s residence on the basis of specific charges against her. She might be detained. Details will be disclosed later on.

In the meantime, Pori Moni came to Facebook live and gave her reactions stating the situation.

A source of the detective branch of police confirmed about taking position in front of Pori Moni’s house.

In the Facebook live, Pori Moni said: “I have been receiving threats to my life from the very beginning. Someone wants to kill me. What can I do if someone approaches me introducing as police. They should introduce themselves. I will open the doors if police really arrive.”

She said: “They are hitting my doors arriving at the gate of my house. When asked, they said they were police. I phoned to the DB office and Banani Police Station. When I phoned OC Harun Bhai, he replied that none from the police station went to my house. However, he said police might go for the sake of investigation. I told him that I would not open the door if he did not confirm me.”

Earlier on June 13 last, Pori Moni alleged first on her Facebook page and then at a press conference convened at her house that Jatiya Party presidium member and real estate businessman Nasir Uddin Mahmud and his associated tried to rape and murder her at Boat Club in Uttara on June 9 last. She filed a case against six persons with Savar Police Station on the following day.

On the next day, the DB arrested five persons including Nasir Uddin and Omi from Uttara in connection with the case. During the raid, huge quantities of liquor and beer were seized from the house. At that night, the DB filed a case with Biman Bandar Police Station under the Liquor and Narcotics Control Act. Nasir who was made the prime accused by Pori Moni in her rape and murder case was released from jail after 15 days.