All the cases filed against me are false : Pori Moni 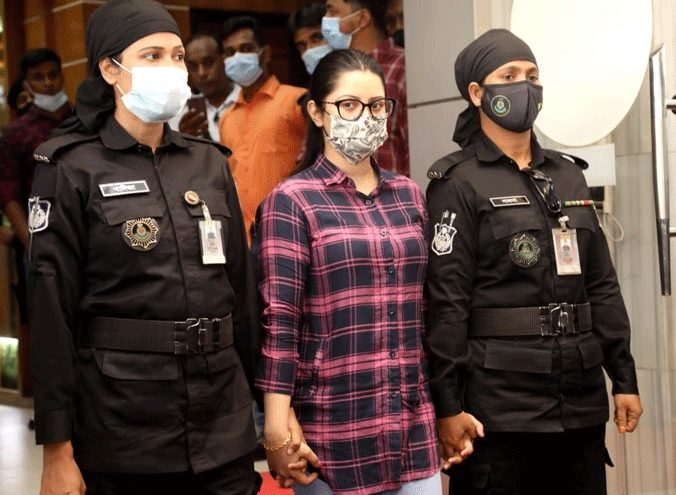 Urging journalists to inquiry into the allegations brought against her, film actress Pori Moni has claimed that she was implicated with false cases.

“All the cases filed against me are false. I’m being implicated,” she told journalist while coming out of the courtroom after hearing of a case on Tuesday.

Earlier, she was taken to the Metropolitan Magistrate court around 12:10pm on complition of her four-day remand.

CID then filed a petition with the court seeking five more days to interrogate Pori Moni for proper investigation of the drug cases filed against her.

Pori Moni was arrested by RAB from her Banani residence in the capital at night of August 4.

A huge quantity of wine, dangerous drug ICE, LSD and equipment for taking drugs were also seized from Pori Moni’s residence during the raid.

The elite force has filed two cases against the actress over the possession of alcohol and illegal substances.