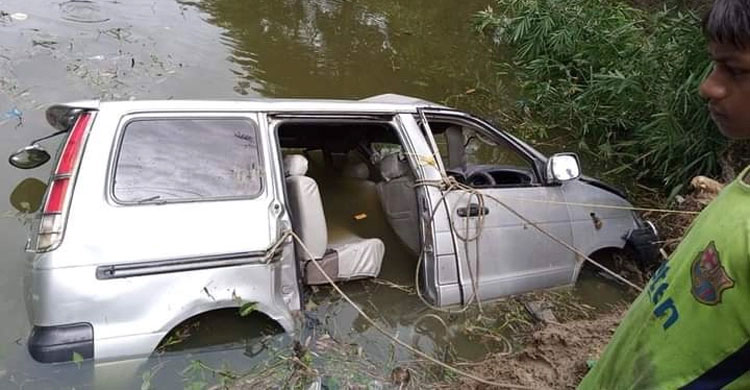 A microbus fell into a roadside ditch in Chakaria upazila of Cox’s Bazar on Sunday morning, leaving seven passengers including women and a child dead.

Three more passengers also received injuries in the accident that took place at Bhendibazar area around 10:15am after the vehicle hit hard an electric pole.

Six of the deceased were identified as Ratan Bijoy Chowdhury,50, hailed from ward 1 of Dulahazra union, his wife Modhumita Chowdhury,45, Hazera Begum,55, wife of Md Ismail from ward 3 of Fansiakhali UP, Rani Rudra,60, wife of Shankar Rudra of Chattogram’s Banshkhali, her daughter-in-law Purnima Rudra,30, grandson Swarhak Rudra,3, while the identity of a woman could not be known yet.

Injured Pradip Rudra,35, Shyamoli Rudra,7, and Babar Ali,18, were admitted to a hospital.

Quoting Chakaria police OC Shaker Mohammd Jobair, our Cox’s Bazar correspondent said five of the victims died on the spot while two at the hospital.

The vehicle was pull out from the ditch.