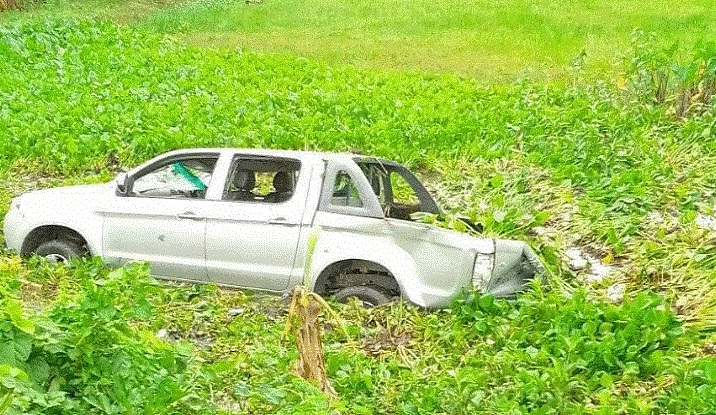 Three people, including two Chinese officials of a thermal power plant, were killed as a pick up van plunged into a roadside ditch in Taltali upazila of Barguna district early Monday.

The deceased were identified as Chinese nationals Liuen Tao, a safety officer; and Luzicolong, an engineer, of China Sanghai Electric Power Construction; and their interpreter Md Fakhrul Hasan, son of Md Anisur Rahman of Gulshan area in the capital.

They all worker for Taltali Iso Tech Thermal power plant.

The pickup driver Md Musa Mridha was also injured in the accident.

Sources said they were going to visit power plant in Taltali from Dhaka by the pick-up.

The vehicle fell into a ditch in Keowabunia area on the Amtali-Patuakhali road at early hours as its driver lost control over the steering, leaving the trio dead on the spot.

An unnatural death (UD) case was filed in this connection.

Superintendent of Barguna police Md Jahangir Mallik said Iso Tech Thermal Power Plant authorities with the help of Chinese Embassy would send the bodies of the Chinese nationals to China.

Meanwhile, the injured car driver was admitted to the corona unit of the upazila health complex as he tested positive for the virus.