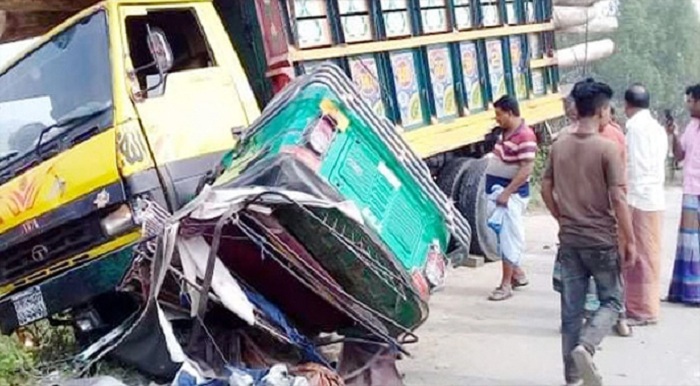 The accident took place on the Dhaka-Sylhet highway at about 7:45am that left one more critically injured.

The deceased were identified as Md Abul Miah, 30, a resident of Sreebaur village under Shankhala union, and his wife Shahena Akter, 25, Md Raju Miah, 22, son of Safar Ali, Rahela Akter, 23, wife of Akbar Ali, of the same village, and Md Sohag Miah, 20, son of Abdullah Miah, of Fandrail under Paikpara union, Md Ala Uddin, 27, son of Barampur under Ubahata union, in Chunarughat upazila of the district.

They all of them were the passengers of the CNG-run auto-rickshaw.