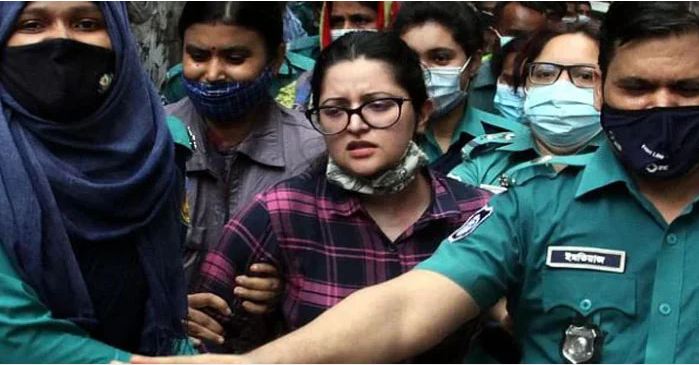 Actress Pori Moni has been granted bail by a Dhaka court on Tuesday in a case filed under Narcotics Control Act.

“Now there is no bar to walk out of jail,” said her lawyer Mozibur Rahman.

She was granted bail on a bond of Tk 20,000 until police submit the chargesheet in the case.

Earlier, the Dhaka Metropolitan Sessions Judge’s Court set September 13 for hearing on bail of Pori Moni who was arrested in drug cases. For the fourth time, her lawyer Mujibur Rahman filed a fresh plea for bail before the judge court in Dhaka.

Later, the High Court (HC) issued a rule asking the Dhaka Metropolitan Sessions Judge’s Court to show cause as to why actress Pori Moni’s bail plea in a drug case won’t be heard sooner.

The HC has set September 1 for the hearing of the rule.

A virtual High Court bench comprising Justice Mustafa Zaman Islam and Justice KM Zahid Sarwar issued the rule following the hearing of a bail petition submitted by Pori Moni’s lawyers, for a case filed with Banani Police Station against the actress, under the Narcotics Control Act.

On August 22, Judge KM Imrul Kayesh of the Dhaka Metropolitan Sessions Judge’s Court set September 13 as the hearing date for the bail petition in the case.

The HC in its rule also asked why the lower court’s order for the hearing on September 13 on the bail petition should not be scrapped.