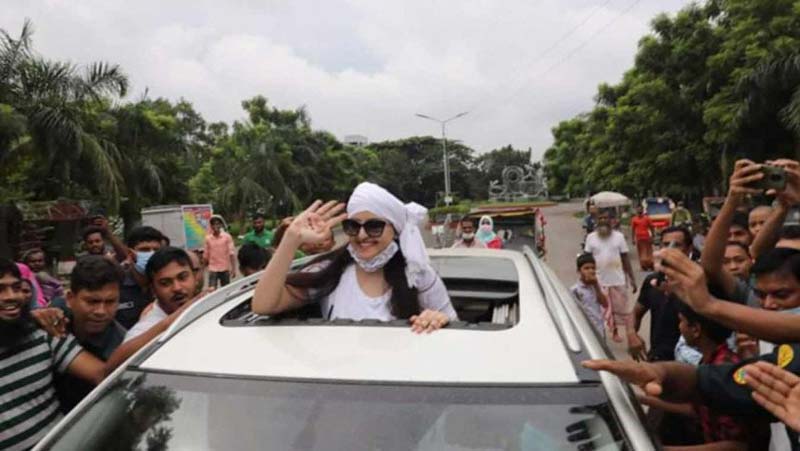 Actress Pori Moni was released from Kashimpur jail in Gazipur on Wednesday morning, nearly a month after her arrest in a drug case.

She left the prison at about 9:30am, Sayed Shah Sharif, acting jailer of Kashimpur Women Central Prison, confirmed.

He said they released Pori Moni upon receiving the court’s order and after completing formalities in presence of her family members.

On Tuesday, Dhaka Metropolitan Sessions Judge KM Imrul Kayesh granted her bail in a case filed under Narcotics Control Act upon a bond of Tk 50,000.

On August 4, RAB conducted a four-hour operation and arrested Pori Moni from her house in city’s Banani.

Various types of drugs were reportedly seized from her house. A minibar was found at her residence where she would regularly arrange parties, according to RAB.

After the arrest, they were taken to the RAB Headquarters. Later, RAB-1 filed a case against the actress under the Narcotics Control Act.

On August 5, Dhaka Metropolitan Magistrate Mamunur Rashid granted a four-day remand in the the case.

Later, on August 19, another court placed her on one day’s remand.

On completion of third phase remand, the court sent Pori Moni to jail.